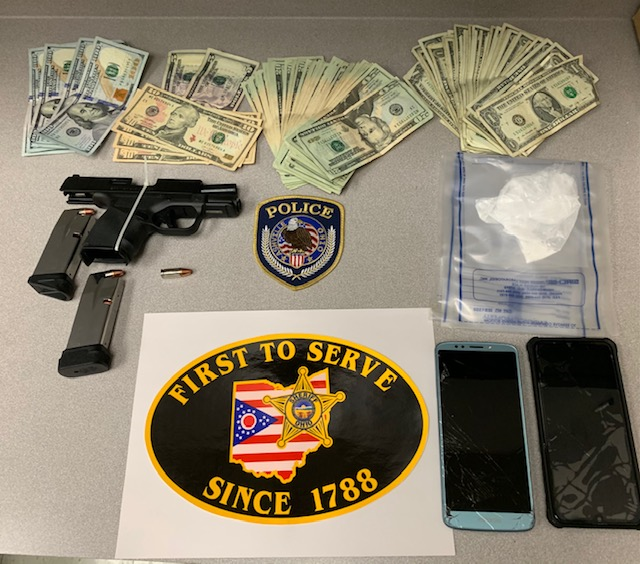 PICKAWAY – According to Sheriff Robert B. Radcliff, on October 5, 2020 at 6:07 P.M. Corporal Harger, Deputy Morningstar, Deputy Finley, Chief Jeff George and Detective Cline from the Ashville Police Department stopped a 2003 maroon Chevrolet Monte Carlo in the Lockbourne Lodge Mobile Home Park after numerous narcotics related tips. Prior to the stop the driver was identified as Samuel A. Griffith, 30 years old out of Ashville, Ohio and was said to have multiple felony warrants out for his arrest. The village of Ashville Police Department and the Pickaway County Sheriff’s Office teamed up to finalize this on-going investigation after the multiple narcotics complaints in Ashville and the surrounding area. Sheriff Radcliff would like to thank Chief Jeff George and his Police Department for their ongoing collaboration.