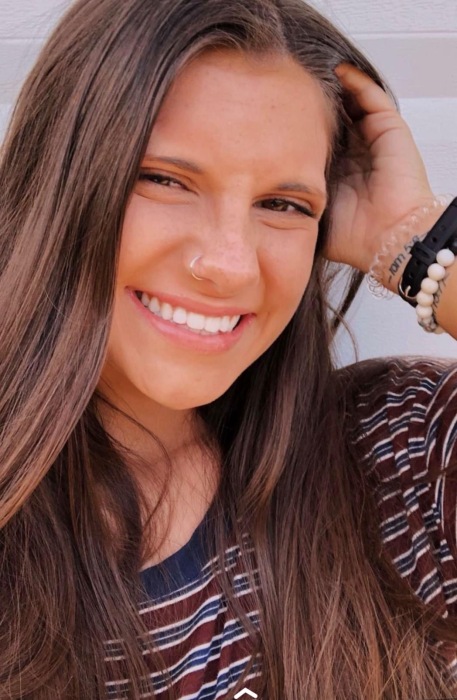 Ashville OH- Olivia Sue Wright, 22, of Ashville, Ohio, went to her eternal home on Tuesday, September 29, 2020.  She was born September 17, 1998, in Columbus, the daughter of Bryan and Teresa Wright.  Olivia was preceded in death by her grandfather, Reverend Michael Gale Wright, and her first cousin, Andrew Rawlins.

Liv was a graduate of Teays Valley High School in 2017. She was an honor student throughout high school, while also completing post-secondary college courses at Ohio Christian University.  Liv began her education in the Westfall School District, where she completed Elementary and Middle School. She was currently enrolled at Ohio University, where she was majoring in Early Childhood Development with a concentration in Special Needs Education. Liv was employed as a caregiver for special needs children, and previously served as a preschool teacher assistant at New Hope Christian School. Liv was also an entrepreneur; she owned and operated Liv’s Sweet Treats.

Liv was a phenomenal athlete.  She earned Varsity Letters in Soccer and Track & Field at Teays Valley High School. Her Track events were the 100m, the 200m, and the 4x100m relay.  She was named the overall MVP for Track & Field her freshman year. She was the fastest girl in Pickaway County in the 8th grade.  Liv also loved playing softball during her middle school years.

While her athletic and academic achievements were notable, following high school, Liv became singularly focused on her passions:  she devoted her life to being a servant to others.  Her servanthood was a product of her Faith in Christ, which was strengthened as she participated as a member, and later as a leader, in the youth group at Heritage Nazarene Church.  Liv’s heart for service quickly led her beyond the four walls of the church.  She regularly created floral bouquets and knitted scarves and hats and delivered them, along with baked goods, to local nursing home residents.  She also used her talent in baking to raise funds and begin a homeless ministry, in which she assembled care packages and delivered them to the homeless throughout the inner city of Columbus. She volunteered at The Table, an outreach ministry of Heritage Church of the Nazarene, Waverly Campus. She started a suicide-prevention hotline, called Phone-a-Friend, and she wrote a blog, “Life with Liv,” where she inspired many with her testimony of Faith and Hope.  For the last several years, Liv has been actively involved in Rock City Church in Hilliard, Ohio, where she built lasting relationships with her small group, Freedom Group.

Liv fiercely loved her family and friends, and she practiced that love every day.  She made it her priority to communicate her love to every single person in her life. To Liv, this meant impromptu coffee dates, hours of card games, campfires and s’mores, dancing and singing with cousins, and making sure she always said the words, “I love you.”

A Celebration of Life will be held at 5:00 p.m. on Sunday, October 4, 2020 at Heritage Nazarene Church, 2264 Walnut Creek Pike, Circleville, Ohio with Rev. Nick Pruitt and Rev. Wendell Brown officiating.  The family will receive friends at the church from 2:00-5:00 p.m. prior to the service.  On Tuesday, October 6, 2020, the funeral procession will depart from Wellman’s Funeral Home, 1455 North Court Street, Circleville, Ohio at 1:45 p.m. Interment will be held at 2:00 p.m. at Reber Hill Cemetery, 16810 Winchester Road, Ashville, Ohio.  Arrangements are under the direction of Wellman’s Funeral Home in Circleville, Ohio.