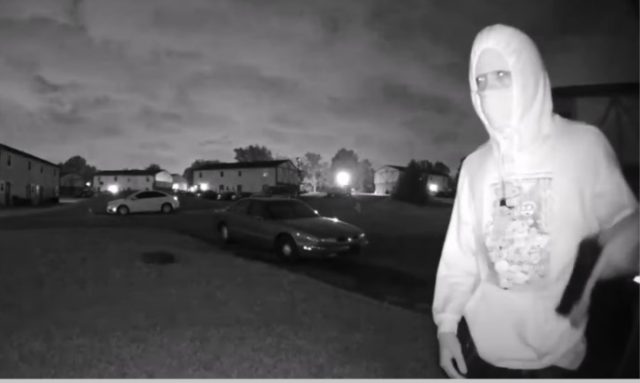 On September 20, 2021 at 3:11am, two suspects wearing hoodies and masks approached the front door of a home in the area of Cleveland Ave. and I-270. The first suspect, later identified as 20-year-old Dawayne Mitchell, states several times that he is CPD (Columbus Police) and asks the resident to open the door so he could ask him some questions. Mitchell has what appears to be a semi-automatic handgun in his possession. The resident questions Mitchell’s identity through the Ring doorbell and asks to see a badge. Mitchell advises the resident that he is not required to show a badge and again asks the resident to open the door. Mitchell and 23-year-old Tracy Murray then switch positions. Murray then also states “CPD, open the door,” The resident does not open the door and the suspects walk away. Det. Watkins, Zone Investigations Unit, was assigned to the case and with the assistance of an Intelligence Analyst they were able to identify both suspects. Det. Watkins issued a summons for both Mitchell and Murray for One County of Impersonation of an Officer.