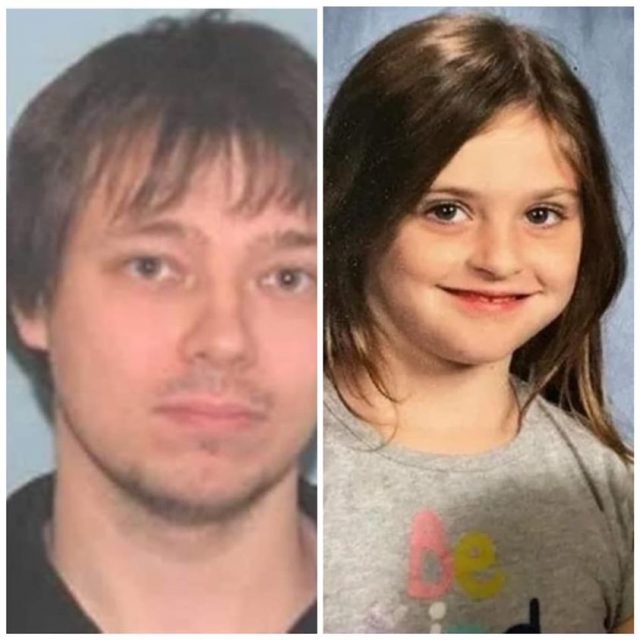 OHIO – A second kidnapping happened in Ohio that led investigators to find the man and child in Illinois after he fled with the girl.

At first an Amber alert did not trigger because Jonathan Lee Stinnett was one of two people who was babysitting the 5-year-old child.

According to police Stinnett and another person were watching the child for Ana Grace’s parents. They had taken Ana with them when they went shopping to the goodwill around 6:15 pm. While shopping Ana had to use the bathroom, but Goodwill did not have a public restroom so Stinnett took the child across the street to a bathroom, but never returned to the person who they came with.

The couple was neighbors with the parents of Ana, so when they called the police they thought something had happened to both of them, not that Stinnett had kidnapped her.

Photos were released to the media including the unusual vehicle Stinnett was driving a 1991 Ford Aerostar SW with a Michigan license plate. This vehicle is what someone noticed.

“A tip came in that the child’s grandmother, Cindy Ungart, told the Canton Repository just after 10 p.m. that Jonathan Lee Stinnett, a suspect in the case, had pulled over alongside the highway to take a nap, and someone noticed the vehicle and reported it.”

Law Enforcement was able to triangulate their efforts in the area and found Ana and Stinnett in Bloomington, Illinois.

The Amber Alert system was started in 1996 when Dallas-Forth Worth police and local media joined forces to develop a way to help find abducted children. This system pushed info out to media, other agencies, and the public to help aid in finding these children. It is used quickly if a child has been abducted and police feel the child is in danger.