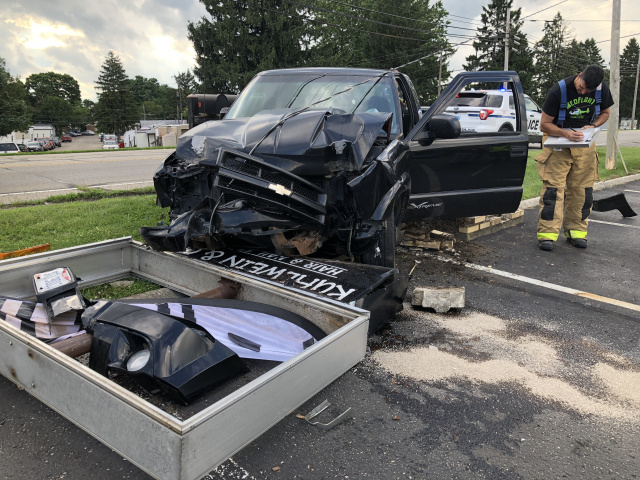 CIRCLEVILLE – A accident occurred around the 1200 block of North Court Street in Circleville around 6 pm.  The driver of the Chevy Extreme Pick up truck went left of center and hit the utility pole and then struck a brick and cement sign belonging to Kuhlwein & Company Hair salon.  When the vehicle hit the utility pole, it was broken from its base and struck a parked car in the salons parking lot.  Circleville officers on duty stated that the driver was not impaired but possibly tired when the accident occurred. He also noted that the driver was wearing his seatbelt. 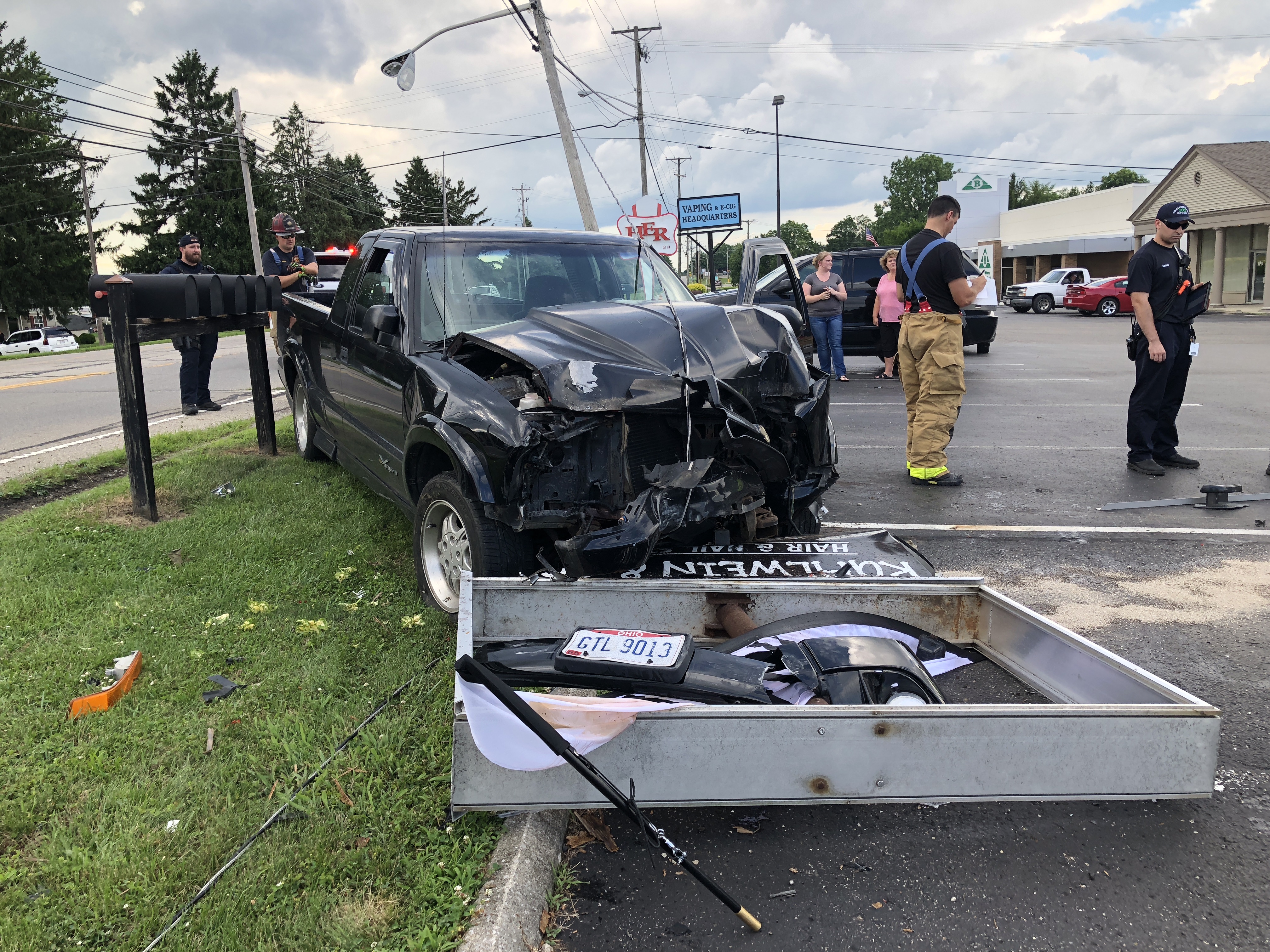 There was significant damage to property and vehicle, but the driver was released at the scene with only bumps and bruises.  Circleville fire/Ems and Circleville Police were on scene. 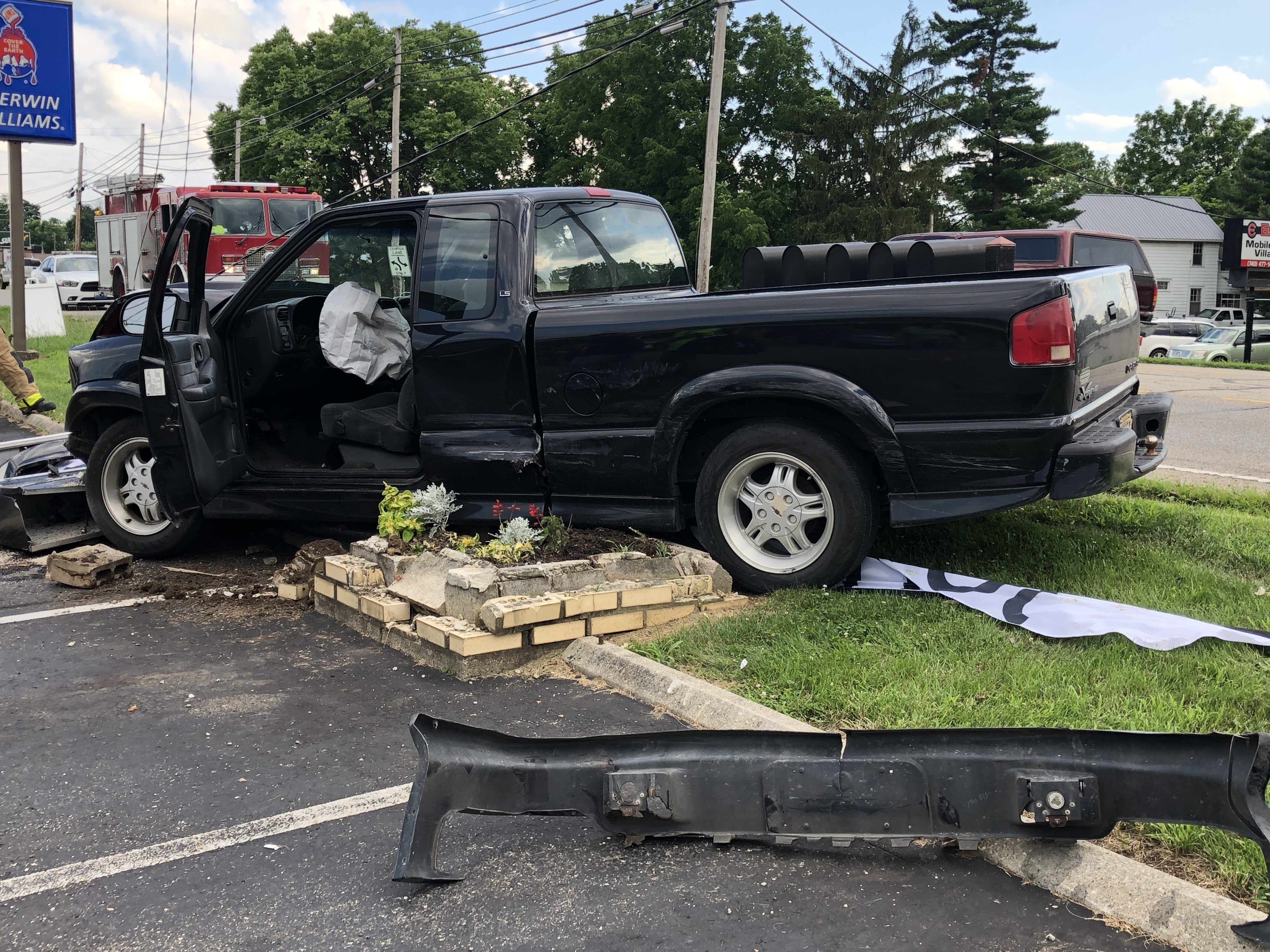 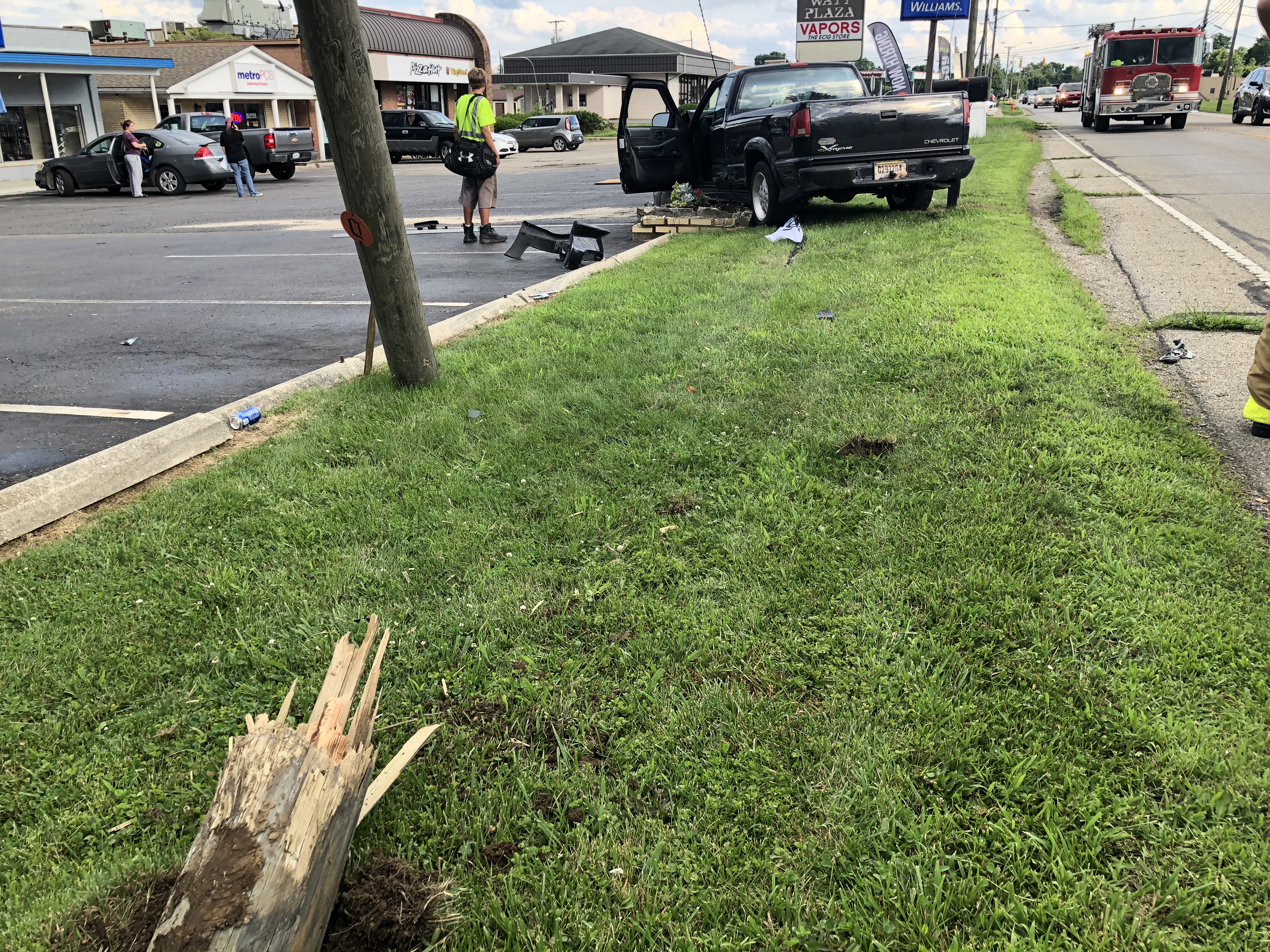 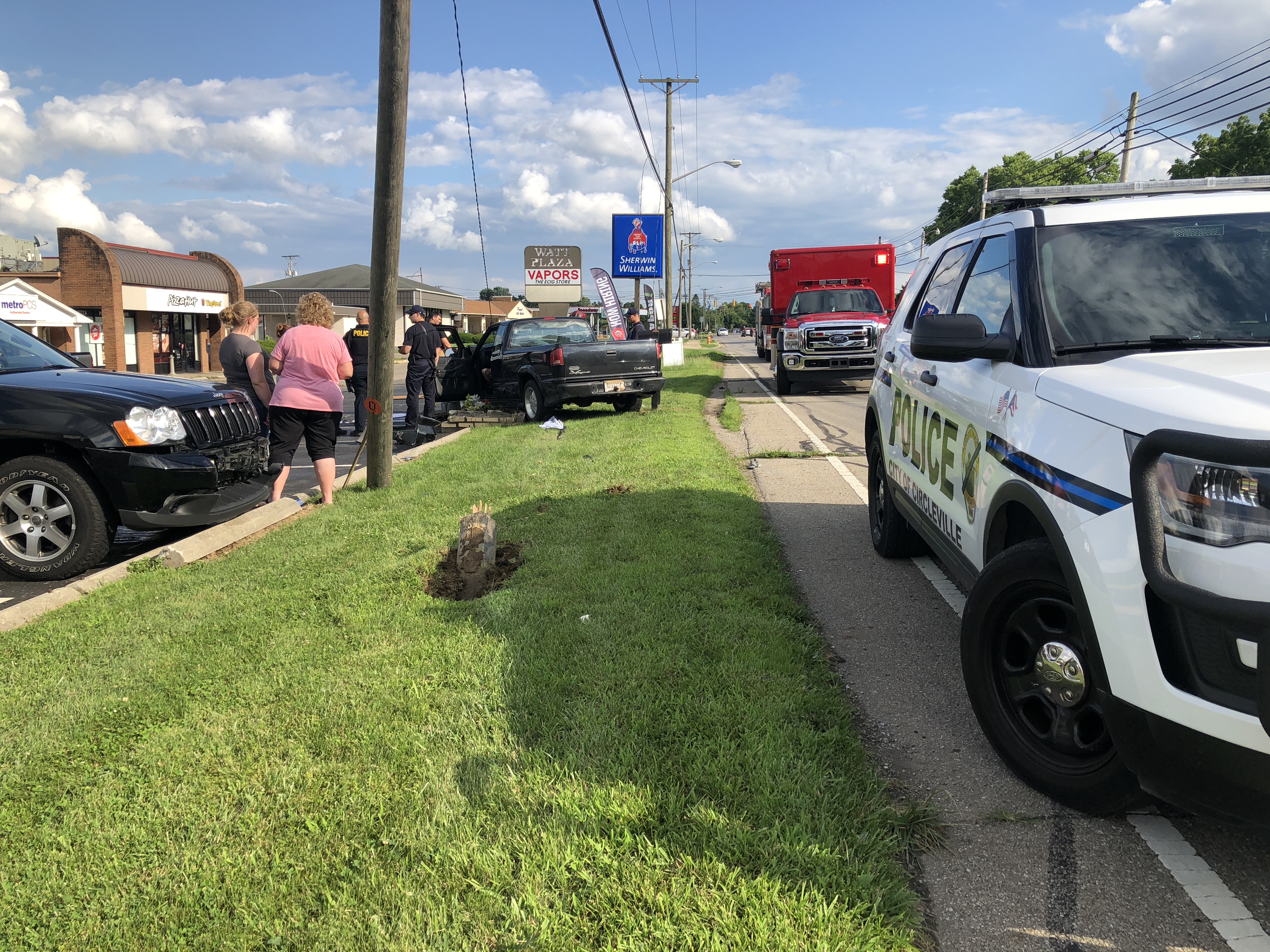 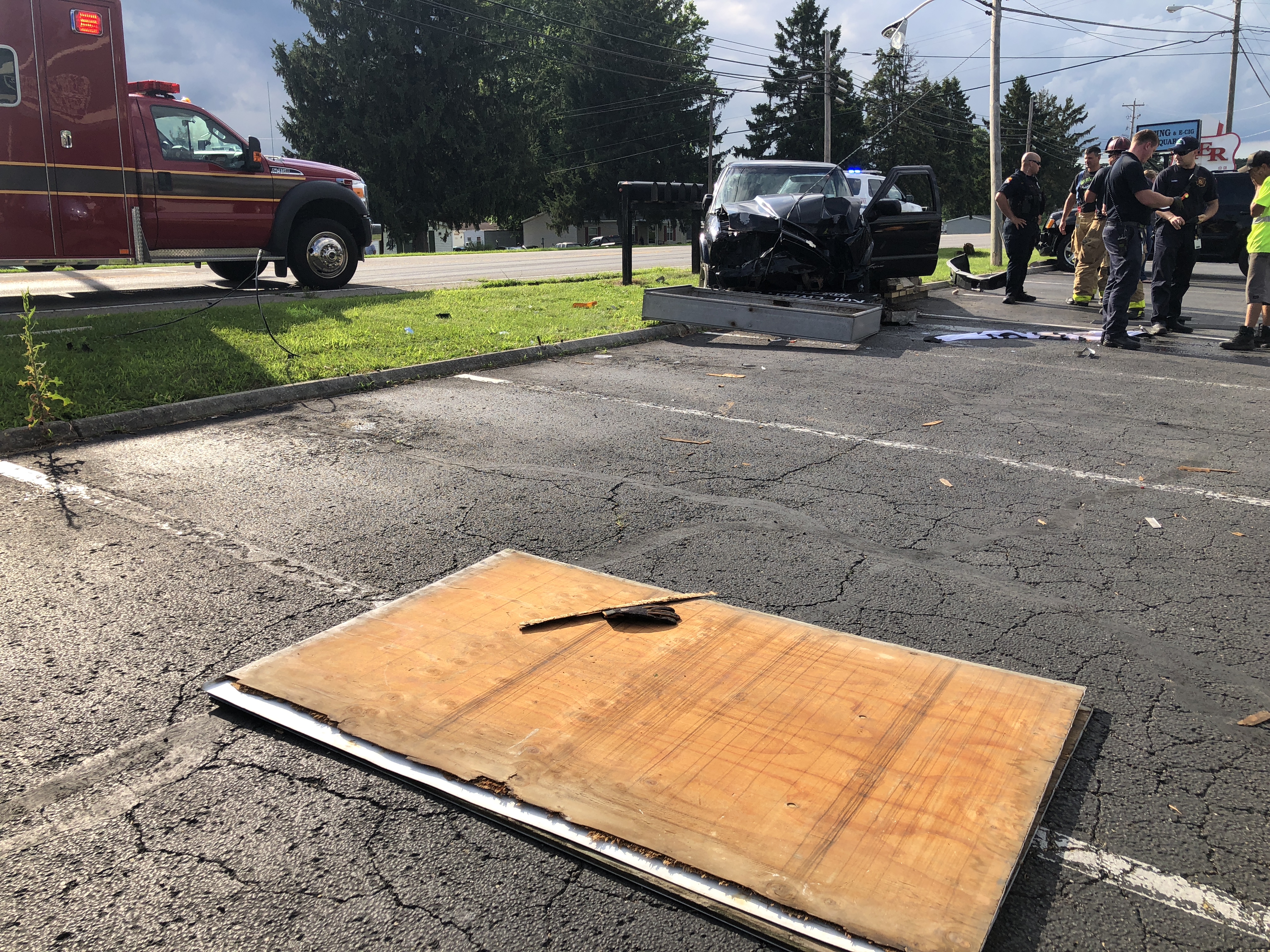