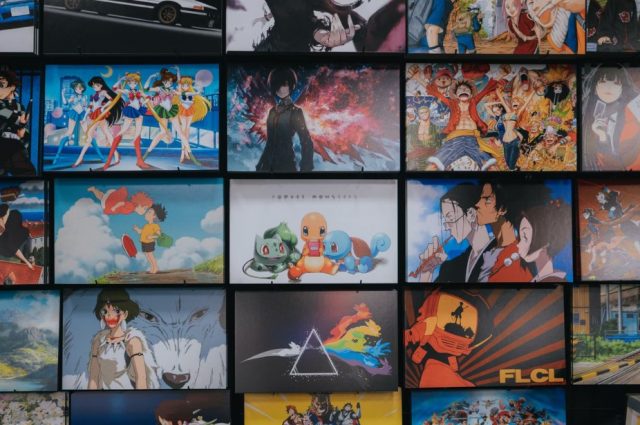 Kakegurui – Compulsive Gambler is most likely one of the best anime about gambling out there. It tells the story of a girl named Yumeko Jabami who enrolls at the prestigious Hyakkaou Private Academy.

The school is known for two things: it’s incredibly talented students, and its cutthroat gambling culture. Within the walls of the academy, students gamble for everything, from lunch money to class rankings. The characters often use mental games and bluffing skills to win big. When Yumeko arrives, she quickly becomes the most successful gambler in the school.

However, her success comes at a price, and as she draws the ire of her classmates, she must decide whether to keep playing the casino games or walk away from it all. Kakegurui is a thrilling story of risk and rewards with many mind games, and it will keep you glued to the story from start to finish.

Kaiji: Ultimate Survivor is a Japanese anime about gambling, desperation, and the lengths people will go to in order to survive. The story follows Kaiji Ito, a man who is down on his luck and desperate for money. He agrees to take part in a series of death-defying games in order to win a large sum of cash.

However, as the stakes get higher, Kaiji finds himself in over his head. The series is full of suspense and twists, making it impossible to predict what will happen next. Whether you’re a fan of gambling or not, Kaiji: Ultimate Survivor is sure to keep you glued to your seat.

Death Parade is an anime series that takes a unique approach to the concept of life after death. The series follows the story of two people who find themselves in a strange world known as the Quindecim, where they must play a game in order to determine their fate.

The Quindecim is a bar that is run by a black-haired woman named Nona, who serves as the referee for the games. The games vary from episode to episode, but they all revolve around testing the morals and values of the participants.

The stakes are high, as the loser of each game is sent to the “void,” which is essentially Hell. Death Parade is a thought-provoking series that explores what it means to be alive, and how our actions can impact our afterlife.

Mahjong Hishouden: Naki no Ryuu is a gambling anime about a young man named Ryuu who is trying to make a living as a professional mahjong player. The anime follows Ryuu as he gambling his way through the various tournaments and challenges that come his way.

While the anime does focus on the gambling aspect of the game, it also includes some elements of strategy and psychology, making it a well-rounded gambling anime. In addition, the characters are all likable and relatable, which makes it easy to get invested in their stories.

If you’re looking for a gambling anime that will keep you entertained from beginning to end, then Mahjong Hishouden: Naki no Ryuu is definitely worth checking out.

Saki Miyanaga is a high school freshman who doesn’t like Mahjong. However, due to her school’s Mahjong Club, she ends up playing. Saki is completely unused to the game, but she has a unique ability that allows her to see what tiles other people have. With this skill, she quickly becomes the club’s ace player.

As she becomes more involved in the club, she also starts to develop friendships with the other members. Together, they strive to win the national Mahjong tournament. Despite initially being hesitant, Saki finds that she enjoys the challenge of the game and the camaraderie of her teammates.

The gambling genre has long been popular in anime, and for good reason. Gambling provides a perfect opportunity for high stakes, suspenseful action, and tense rivalries.

Legendary Gambler Tetsuya is a gambling anime that certainly delivers on all of those fronts. The story follows the titular character, Tetsuya, as he travels across Japan challenging other gamblers to high-stakes games. While Tetsuya is certainly skilled, he’s not the only gambling prodigy out there, and his opponents are more than happy to take him down a peg or two.

With so much riding on the line, Legendary Gambler Tetsuya is a gambling anime that is sure to keep you entertained from start to finish.

The Money Of Soul And Possibility Control

The Money of Soul and Possibility Control is a 2011 gambling anime series that explores the theme of what would happen if people could bet on their future.

The show follows the story of Kimimaro, a college student who is recruited by the government to join a special casino where people can gamble on their future.

If they win, they get money and opportunities, but if they lose, their lives are ruined. As Kimimaro gets deeper into the world of gambling, he realizes that there is more at stake than just money.

The show is an interesting exploration of what could happen if people were able to gamble on their future, and it raises some thought-provoking questions about the nature of free will.