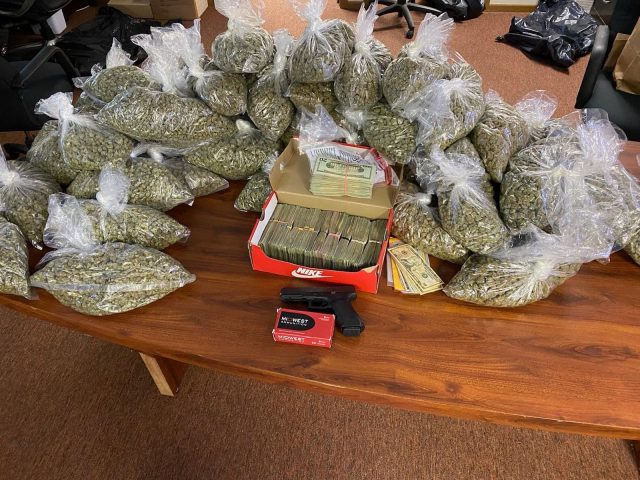 Sheriff Richard K. Jones reports on August 16, 2022, the Butler Undercover Regional Narcotics Taskforce (BURN) along with Hamilton Police Department and the Drug Abuse Reduction Taskforce (DART) executed search warrants at 20 Marlou Drive in the City of Hamilton and 6820 Rutherford Court in Colerain Township. A vehicle stop on I-75 in Butler County was also executed as part of the investigation. 84 pounds of marijuana, $86,145 in cash and a firearm were seized as a result of the two search warrants and car stop. Kameron Kelly (age 21) of Hamilton and Camryn Ditmyer (age 19) of Fairfield Township were both arrested on Possession of Drugs (F2) and Trafficking in Drugs (F2). Chris Grebe (age 31) of Middletown was arrested on a Probation Violation warrant and his case will be presented to a Grand Jury.

“No matter the drug, if you’re a dealer, you’ll wind up in our jail,” states Sheriff Jones.