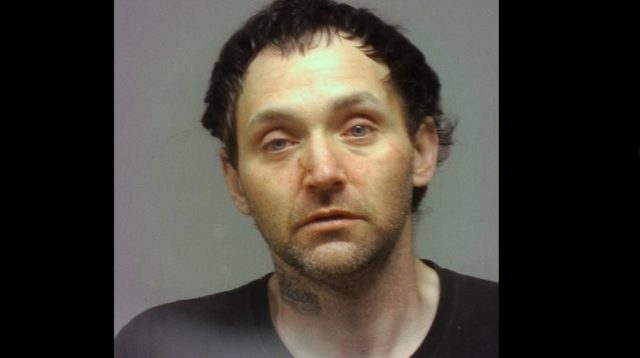 Hocking County – On Tuesday, October 5th, the Hocking County Sheriff’s Office took a report on a truck which had been stolen from a residence on State Route 328. A report was filed and the truck was entered into the law enforcement database as stolen.

Later that afternoon, deputies observed what appeared to be the truck being driven on US Route 33 near State Route 664. Upon running the license plate, it was confirmed to be the truck that was stolen earlier that morning.

Deputies attempted initiate a traffic stop on the vehicle which fled at a high rate of speed. Deputies pursued the truck approximately 21 miles and the pursuit reached speeds of nearly 100 miles-per-hour.

The truck traveled on US Route 33 to State Route 595 and into Haydenville, where it turned onto Wandling Road, to Moore Road, to Goat Run Honey Fork Road to Clay Lick Road, to State Route 93 and ended in a field at the dead end of Bensonhaver Road.

When the stolen truck entered the field, it sustained damage and the driver and passenger fled on foot but were apprehended by deputies after a brief foot chase.

Long also had a active felony arrest warrant for Failure to Comply with the Order or Signal of a Peace Officer from a previous pursuit that he had been involved in.

The passenger, Tatum M. Schultz, 21 of Glouster, was arrested and charged with Failure to Comply with the Order or Signal of a Peace Officer, a 3rd Degree Felony.

Suspected narcotics were seized from the vehicle and additional charges are likely to be presented to the Hocking County Grand Jury at a later date.