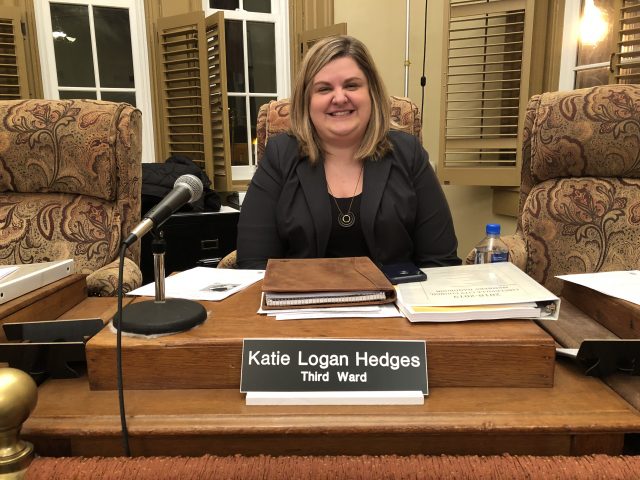 by Katie Logan Hedges
Every election year Ohio seems to be the center of attention, and 2020 is no different. After all, the candidate who took Ohio went on to win the presidency in each of the past 14 elections, and polls indicate that we will once again play a central role in determining who occupies the oval office for the next four years.

However, while the campaigns have been raging on, another major story has been taking shape in the background: the U.S. Census. While it may not get as much attention as the election itself, the Census is the means through which Ohio can remain a national player in elections to come. Why? Because the number of electoral votes we get is determined in part by the number of seats we have in the House of Representatives, and that number is a direct result of the final Census tally. It is something that we’ve seen take shape as recently as the last Census, when a lower count saw Ohio lose two electoral votes. This year we could lose another, which would only continue a decades-long trend.

To ensure our state continues to be a key player in elections to come, we will need to guarantee that this year’s Census results capture a full and accurate picture of our state’s population. If we are undercounted, then we could lose a piece of our voice on the national stage.

Of course, the ramifications would go even beyond that. The Census results control how much federal funding each state receives, meaning that an inaccurate count could cost us tens of millions in federal dollars for schools, roads, health care, and more. Even the proposed COVID-19 relief aid will be distributed based on the results of the Census, meaning we could have a more difficult time recovering from the pandemic if our results miss even a small percentage of Ohio’s population.
This year, though, has presented Census officials with challenges unlike anything they have ever handled before. The COVID-19 pandemic made collection more difficult than usual, and the Supreme Court’s recent decision to allow the Census collection to conclude sooner than expected means that Census workers have been operating under a condensed timeline, as well.

While response collection has ended, it is still critical that officials are given an appropriate amount of time to process and report the responses they have collected. In order to allow them time to do that properly, however, Congress will need to extend the current Census reporting deadline. Otherwise, we will risk a final count that is either incomplete or inaccurate, since a large portion of responses – including almost 30 percent in Ohio – were acquired through the Census Bureau’s Nonresponse Followup Operation. This process involves using government

records that could be out-of-date, or second-hand information from landlords or neighbors that are no longer correct.
Thankfully, many Congressional leaders in Washington, D.C. have recognized this and are working to pass legislation that will extend the deadline past December 31, thereby allowing us to be sure that the Census results are accurate. I trust that Ohio’s own Senators, Rob Portman and Sherrod Brown, will help to push this effort across the finish line. This is a nonpartisan issue. It is what’s best for our state, and is how we will ensure that our voices continue to be heard in the elections to come. We in Ohio are lucky to have Senator Portman as a voice on the Senate Finance Committee, and he knows firsthand just how valuable these federal dollars will be coming back to our community.
All eyes are locked squarely on November 3rd. However, we cannot allow this year’s election to distract from what needs to be done to keep us in an influential position for elections to come. If the Census reporting deadline is not delayed, we will only continue losing House seats and Electoral College votes, as they are reallocated toward coastal states with larger populations and more accurate Census results.