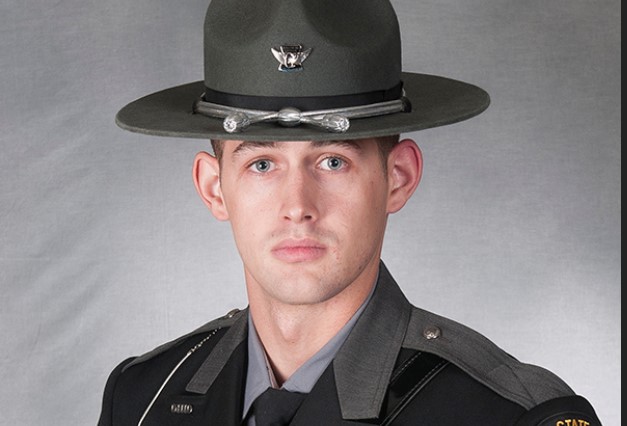 Chillicothe – Ohio State Highway Patrol Trooper Nicholas L. Thornton has been selected as the 2020 Trooper of the Year at the Chillicothe Post.

The selection of Trooper Thornton, 26, is in recognition of outstanding service during 2020 at the Chillicothe Post. Fellow officers stationed at Chillicothe chose Trooper Thornton based on leadership abilities, professional ethics, courteous treatment of others, enthusiastic work attitude, and cooperation with supervisors, peers, and the public.

Tpr. Thornton and his girlfriend Jordyn Herd, of Orient, Ohio are expecting their first child in the spring.