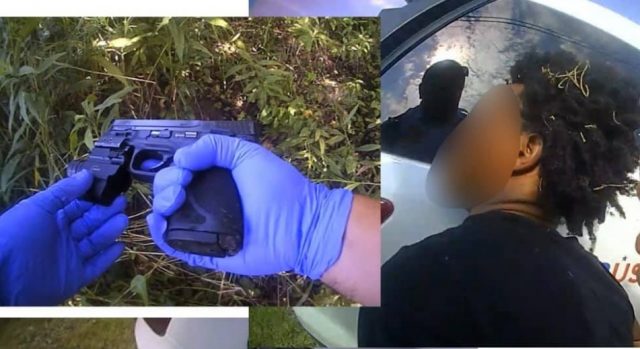 Officers were aware a blue Honda was involved in multiple purse thefts over the past few days.

At 10:22am, officers were advised the suspects were using the victim’s credit card at businesses along Morse Rd.

An officer in the area located a crash on Chiller Lane involving a blue Honda. The victim’s husband driving a white Range Rover located the suspects and rammed their vehicle.

Witnesses gave officers info on people who fled from the Honda. One of the suspects was quickly located hiding in nearby brush. A gun was found next to the suspect’s cell phone.

The 16-year-old suspect was arrested and charged with Receiving Stolen Property-Auto. He was arrested August 31, 2021 on 2 counts of RSP-Auto and Assault.

This suspect has 12 booking photos with CPD.