Authorities with the Miami Valley Bulk Smuggling Task Force seized the drugs, which field-tested positive for methamphetamine, this morning while serving a search warrant at a home on Lexington Avenue in Dayton.

Members of the task force arrested Donald Garrett, 52, of Dayton on drug charges. 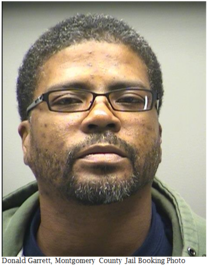 Authorities believe the suspected methamphetamine was manufactured in Mexico, transported to California, and then shipped to Ohio.

“Thanks to the hard work of our task force members, these drugs were intercepted before they could go any further,” said Attorney General DeWine. “Thirty-eight pounds of methamphetamine is a tremendous amount of drugs, and my office is working each day with our state, local, and federal partners to stop the flow of opioids, methamphetamine, and other drugs into this state.”

“These drugs ruin lives, destroy families, fuel violence, drive up property crime, and wreck neighborhoods. Anyone associated with it—especially those who sell and traffic it—are doing violence to people and causing harm in our communities.  The Miami Valley Bulk Smuggling Task Force is a collaborative effort between federal, state and local agencies that continues to make our work successful,” said Sheriff Phil Plummer.

“The Miami Valley Bulk Smuggling Task Force continues to be one of the most productive multi-agency efforts in our region, producing significant results to remove illegal narcotics, weapons and illicit funds from Ohio communities,” said Steve Francis, special agent in charge of HSI for Michigan and Ohio.  “This seizure of 38 pounds of methamphetamine is yet another critical step in the effort to eradicate this addictive poison from our communities.”

Throughout Ohio, the abuse of methamphetamine has significantly increased in recent years. More than 7,300 drug submissions have tested positive for methamphetamine at Ohio Bureau of Criminal Investigation crime laboratories in 2018.

The Ohio Organized Crime Investigations Commission assists local law enforcement agencies in combating organized crime and corrupt activities through the creation of multi-jurisdictional task forces. The commission is composed of members of the law enforcement community and is chaired by the Ohio Attorney General.

Since Attorney General DeWine took office in 2011, Ohio Organized Crime Investigations Commission Task Forces across the state have seized more than $173 million in drugs and more than $30 million in currency.