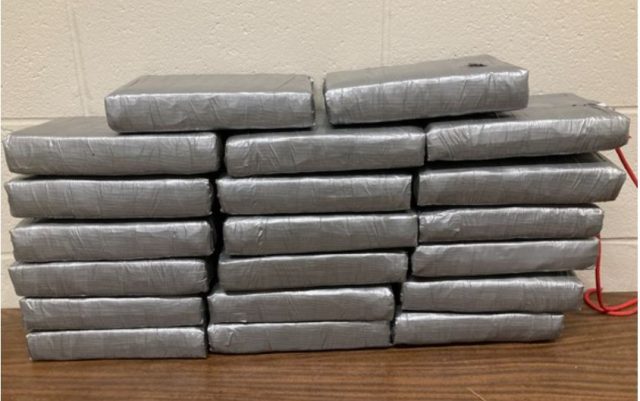 INDIANA – Troopers were able to take some serious drugs off the street after a traffic stop yielded a significant amount of drugs.

According to Indiana State Troopers, Thursday, May 26, 2022, at approximately 4:00 p.m., an Indiana State Trooper stopped a tractor-trailer at the thirty-seven-mile marker eastbound on Interstate 70 for a routine compliance inspection.  The driver of the tractor-trailer was identified as Leonardo Hernandez, age 38, of Miami, Florida, with one passenger in the vehicle.  During the conversation with the driver and passenger, criminal indicators were observed, and a consent search revealed approximately forty-four pounds of suspected cocaine.

Leonardo Hernandez and Rolando Bermudez Acevedo were taken into custody and transported to the Putnam County Jail.   The tractor-trailer was enroute from Phoenix, Arizona, to Indianapolis, Indiana.