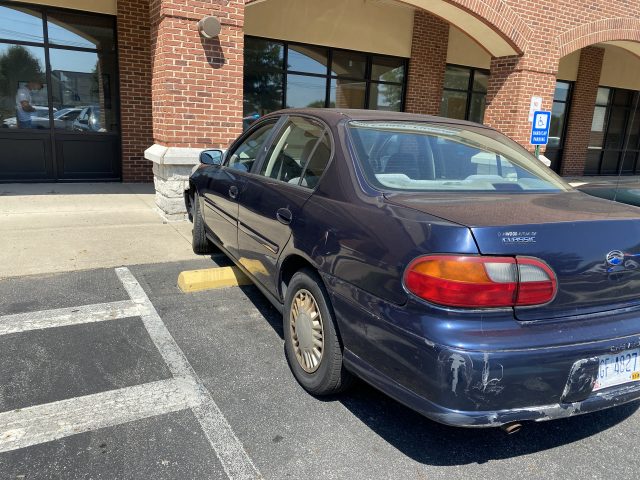 CIRCLEVILLE – A woman was taken to the hospital after running over a parking block a sign and into a pillar that stopped the car from going into a waiting room with people in it.

According to Circleville Police department around 11 am on August 10th a call came in of a car into a building located at 140 Morris road. When police arrived on scene they found a elderly woman in the car. According to police the lady was going to Adena Healthcare for an appointment when she lost control of the vehicle and crashed into the building. 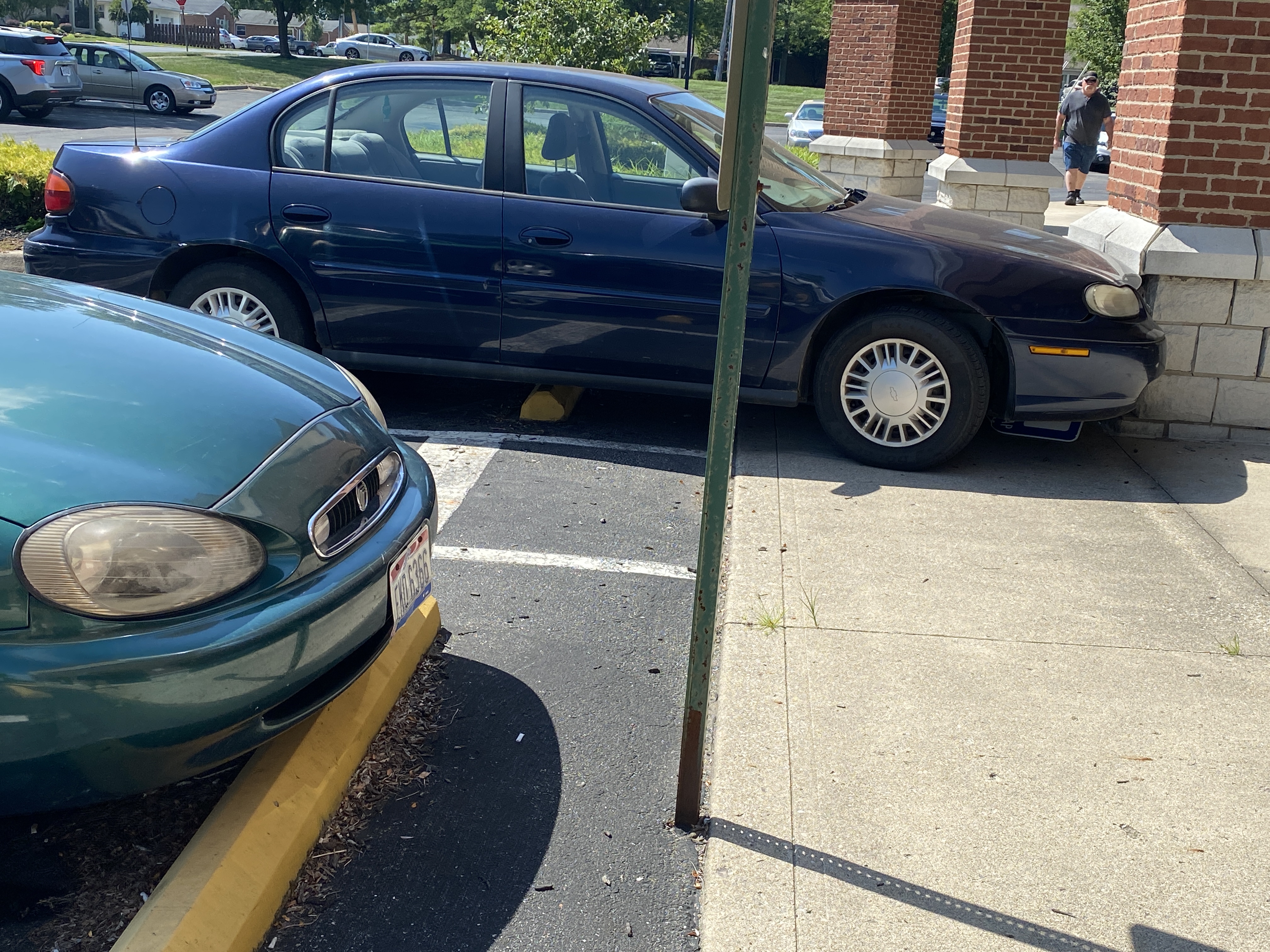 The woman was transported to Berger with minor injuries, and was wearing her seat belt at time of crash.

The pillar sat only feet from a mostly glass wall waiting room behind it.