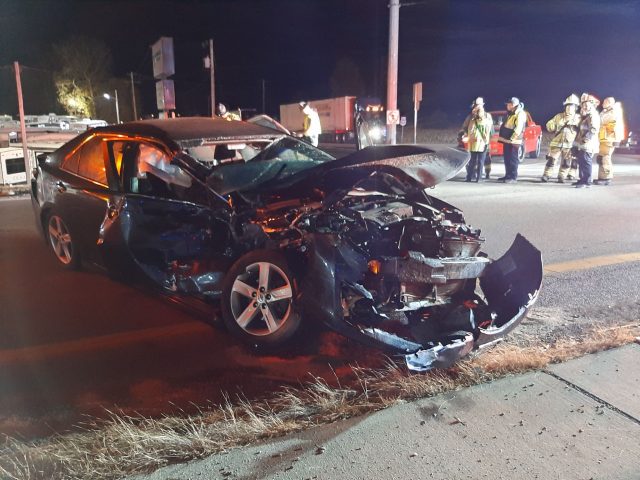 According to Pickaway Sheriffs’ office, the truck was going northbound on US-23 and the black Toyota car was going south on Us-23 and attempting to turn East onto 762 at the light. The driver of the car failed to yield to the Truck and caused the crash.

The car had four people inside including an infant and a young child, no one was surprisingly injured in that crash. The truck left the roadway, went through the fence, and collided with a camper on the Greenlawn RV lot. The driver and passenger of the pickup truck were transported to Grant Hospital.

A good samaritan stopped and took care of the infant while the driver and passenger of the car were being checked out.