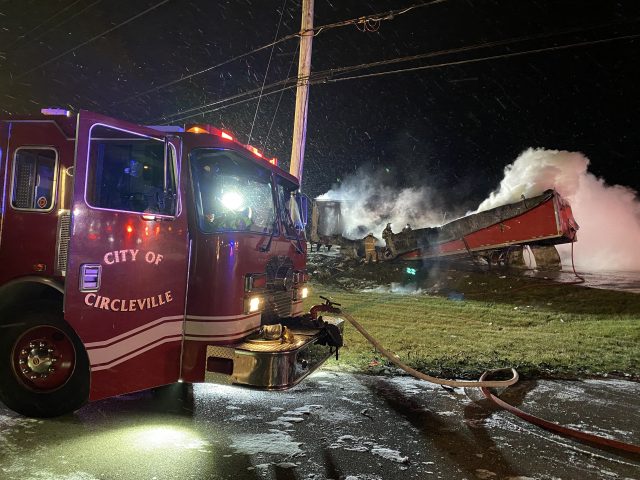 PICKAWAY – ON January 20, 2020 a call came into the 911 system at approx 12:00 am of a trailer on fire at the location of Us23 Southbound and Logan Elm Blvd. When police arrived on scene they found a fully engulfed staples trailer.

According to Pickaway County Sheriff the driver of the Werner Enterprises Truck picked up the trailer in London Ohio a few hours before and was transporting the trailer to West Virginia. The driver told the sheriff that he had heard a loud “popping sound” looking in his rear view mirror and saw flames. The semi driver then pulled over into a turn lane in front of the White Castle located at 24599 Us 23 where he dropped and unhooked the trailer from the semi and pulled his truck to safety.
Slide left or right for more photos

The trailer was hauling office supplies for Staples