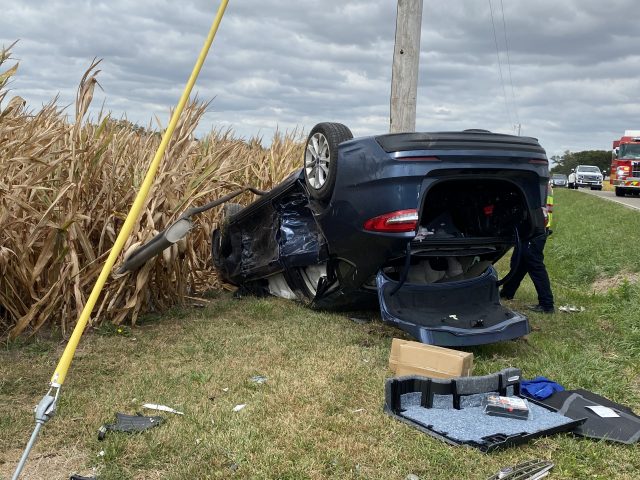 PICKAWAY – Two cars collided at the intersection of Walnut creek pike and Bell station road today around 2:35pm, one ended on its top and the other totaled. 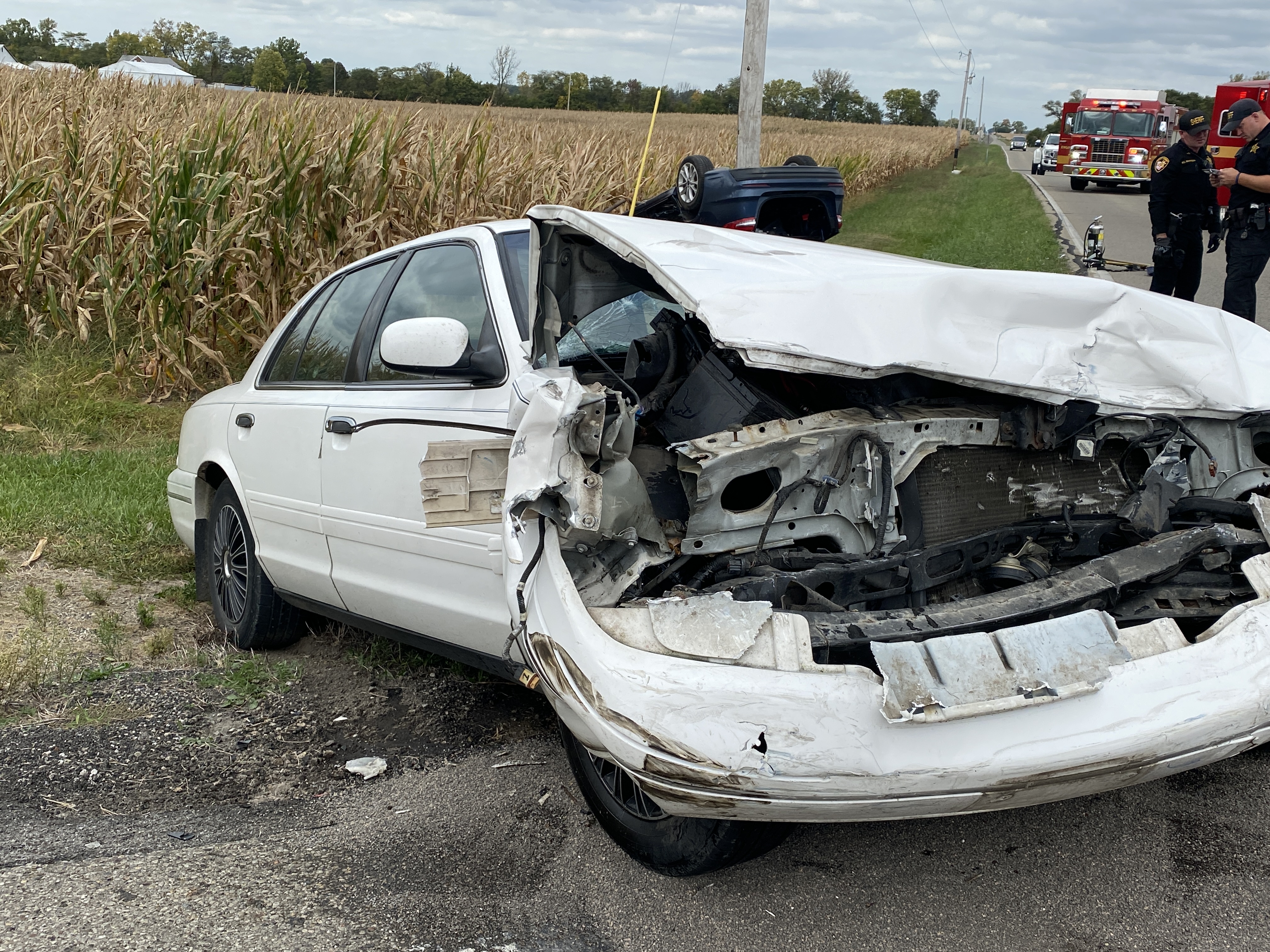 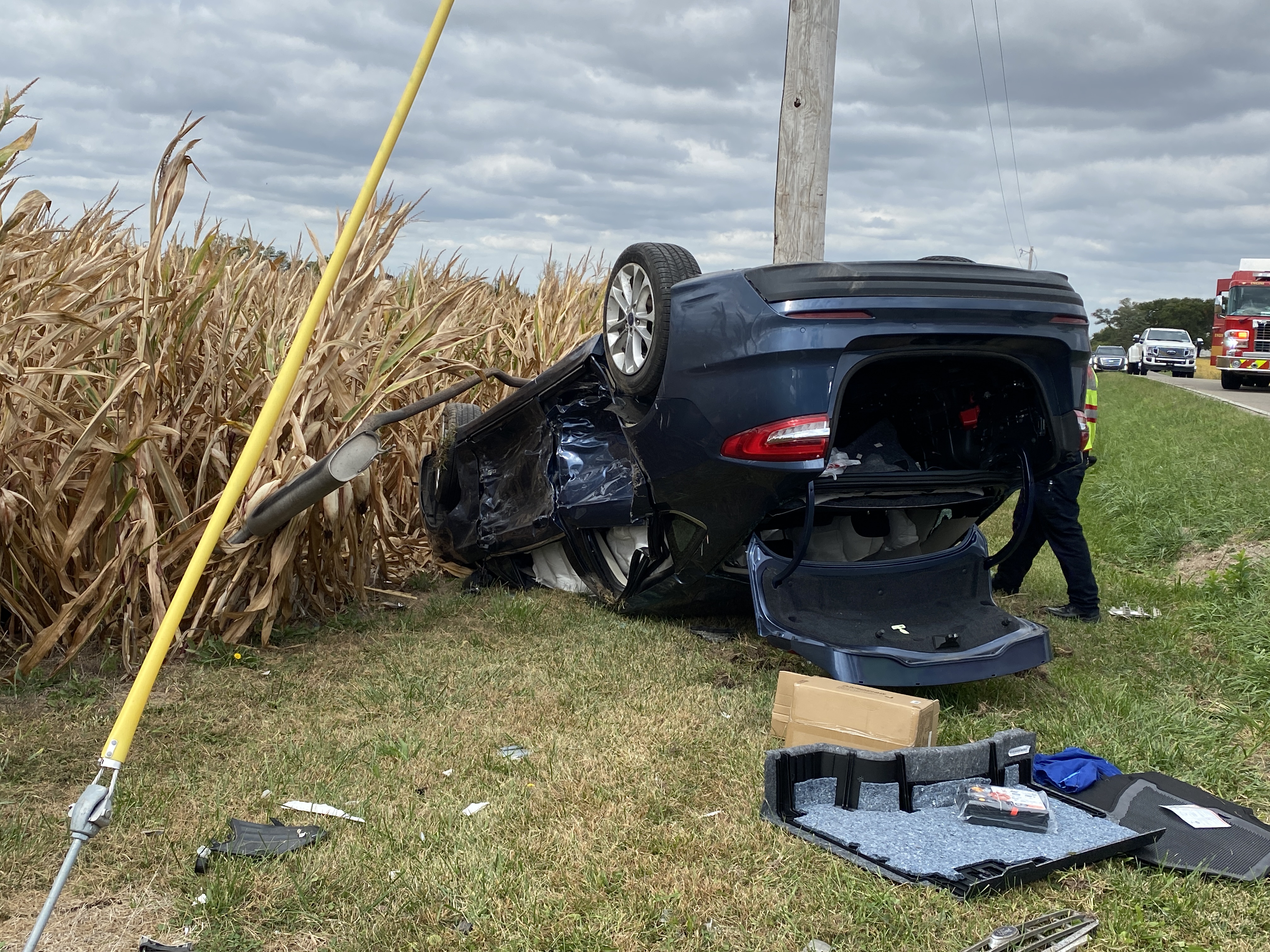 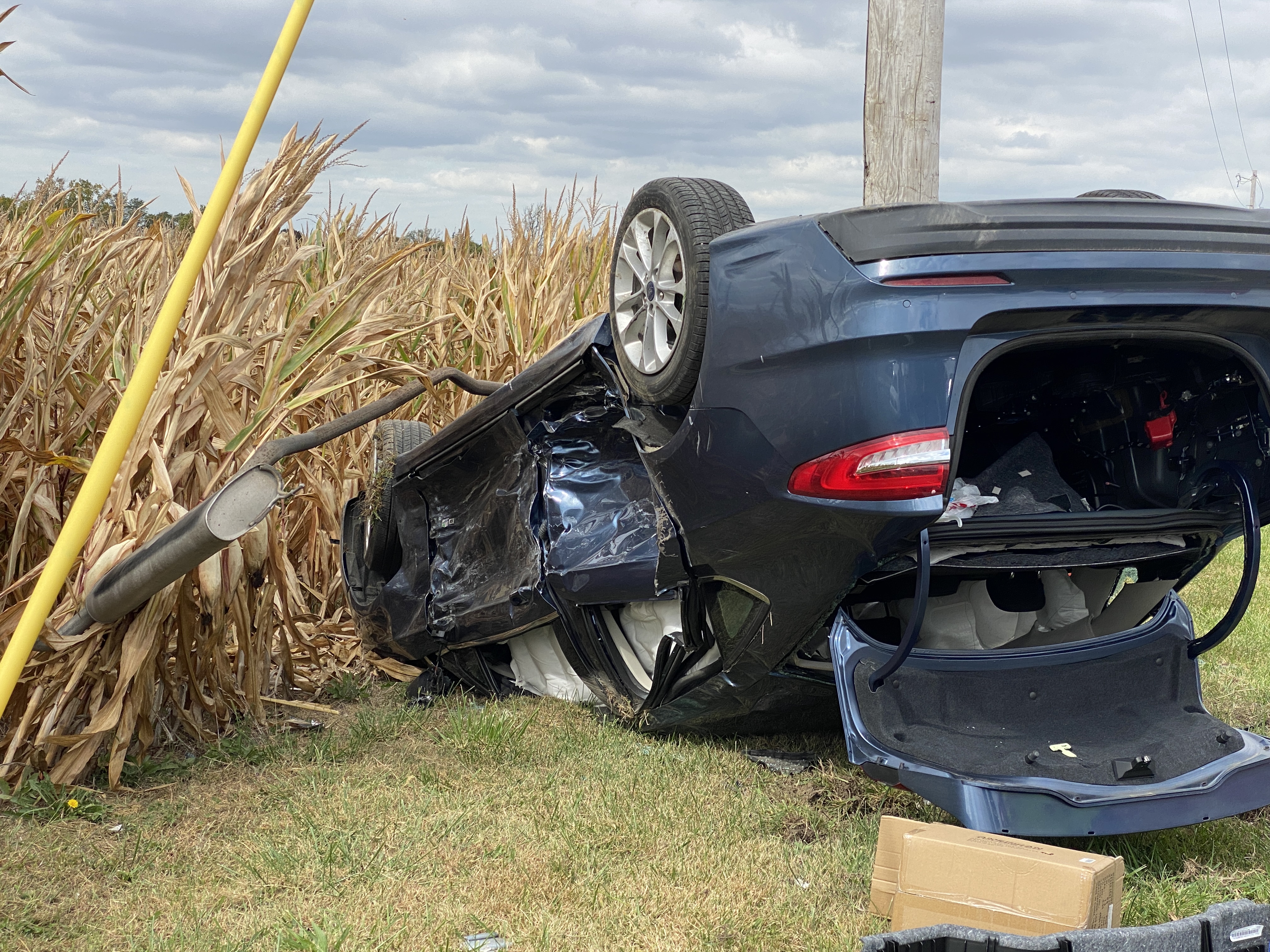 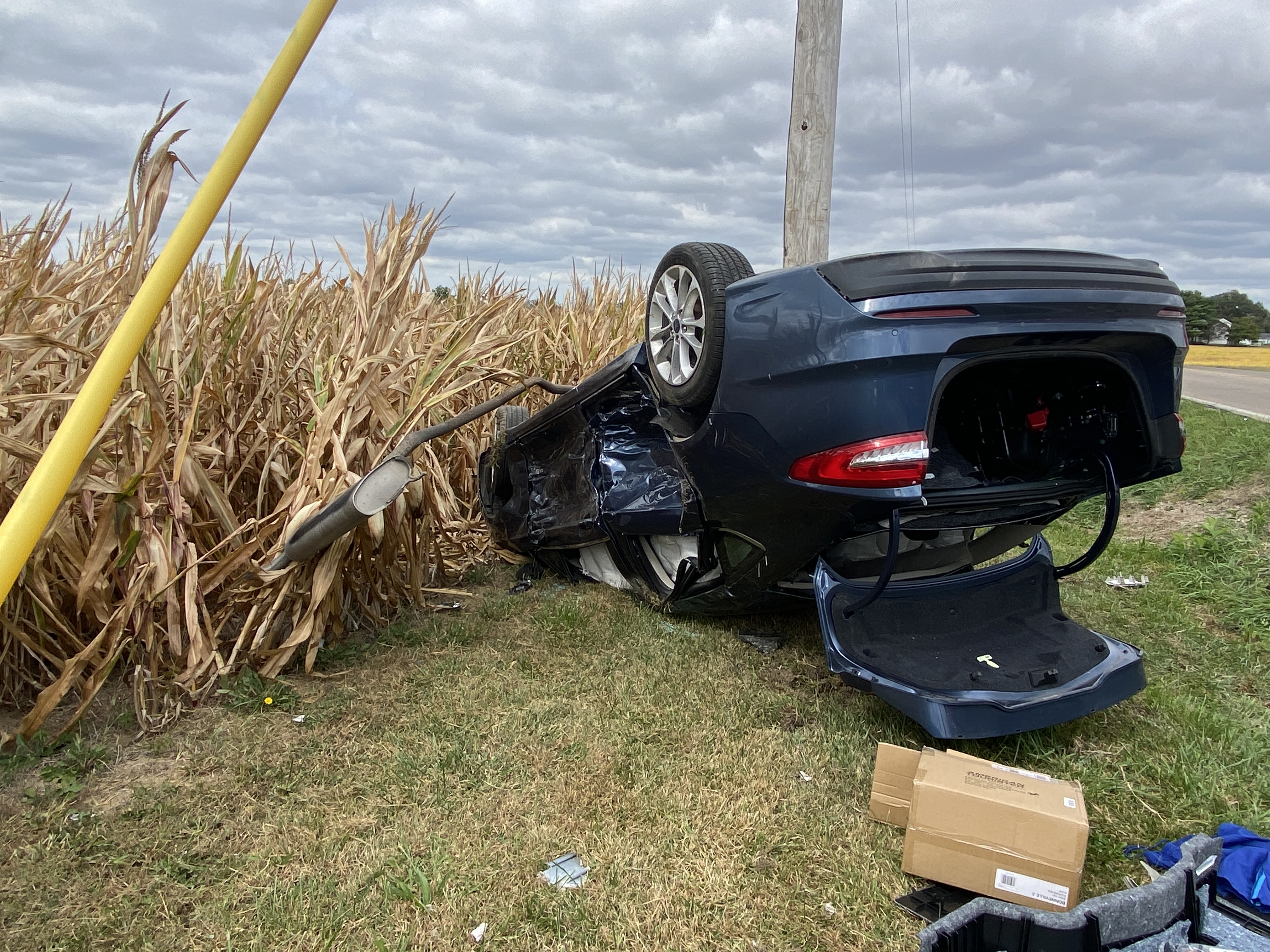 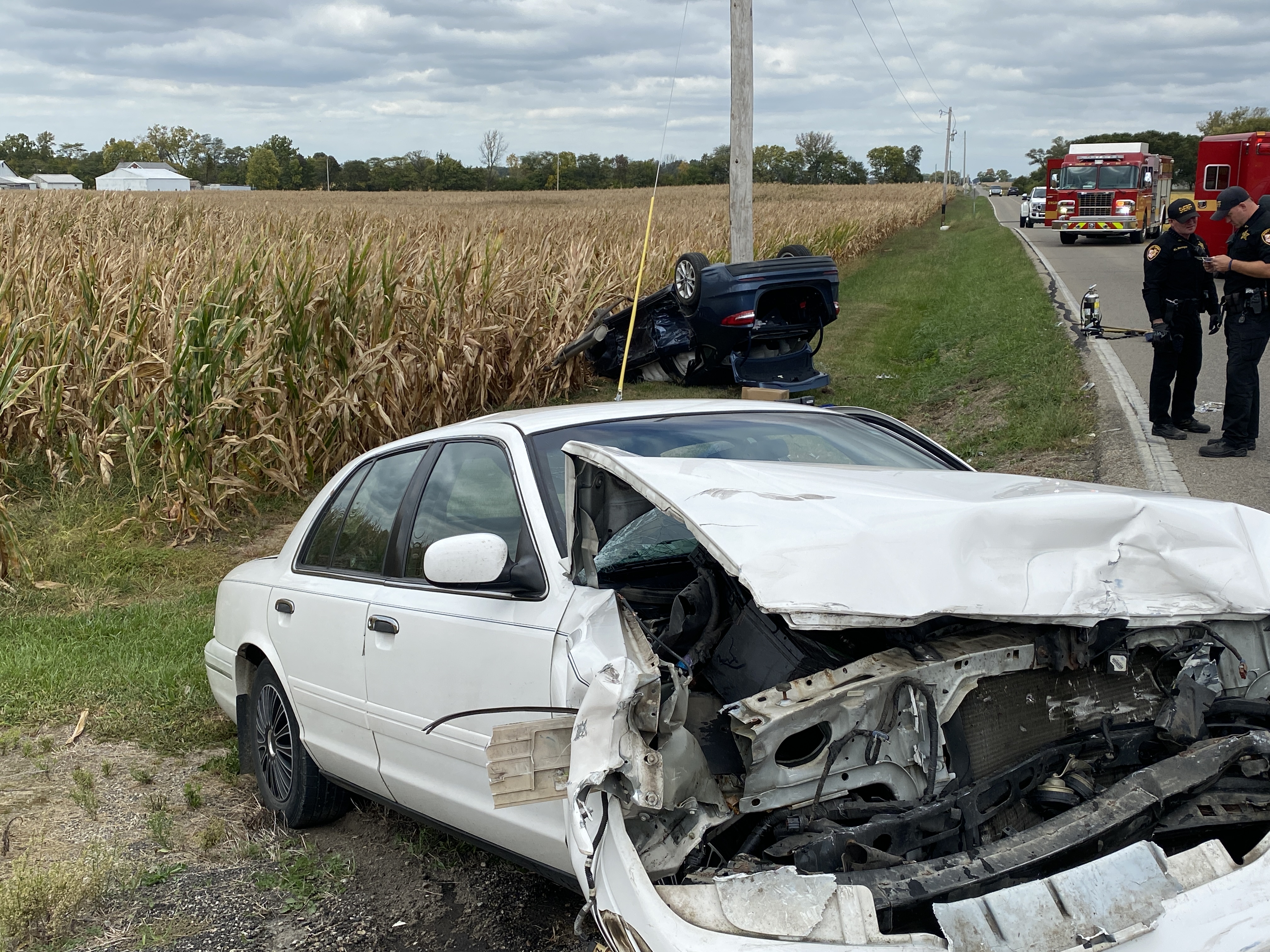 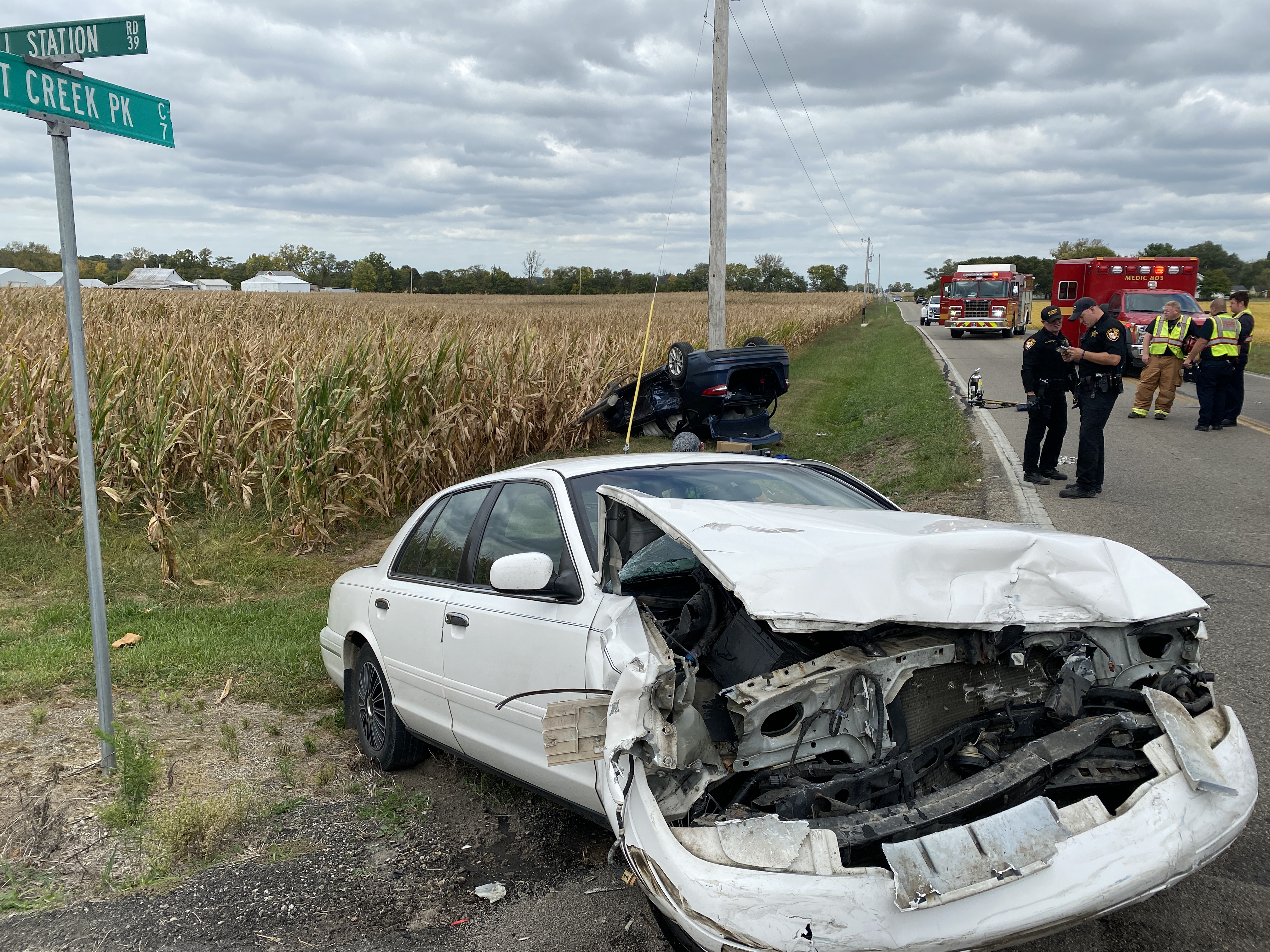 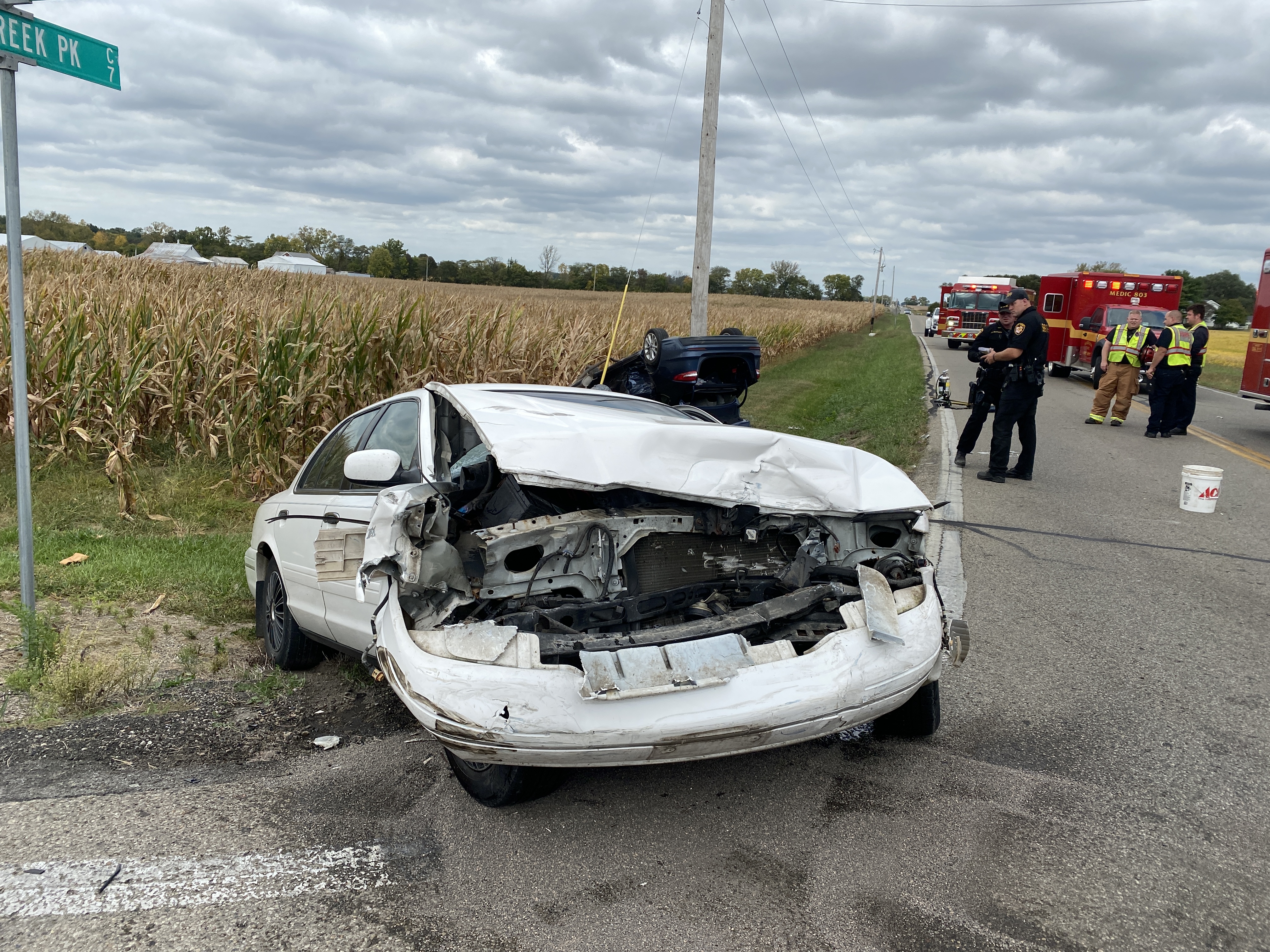 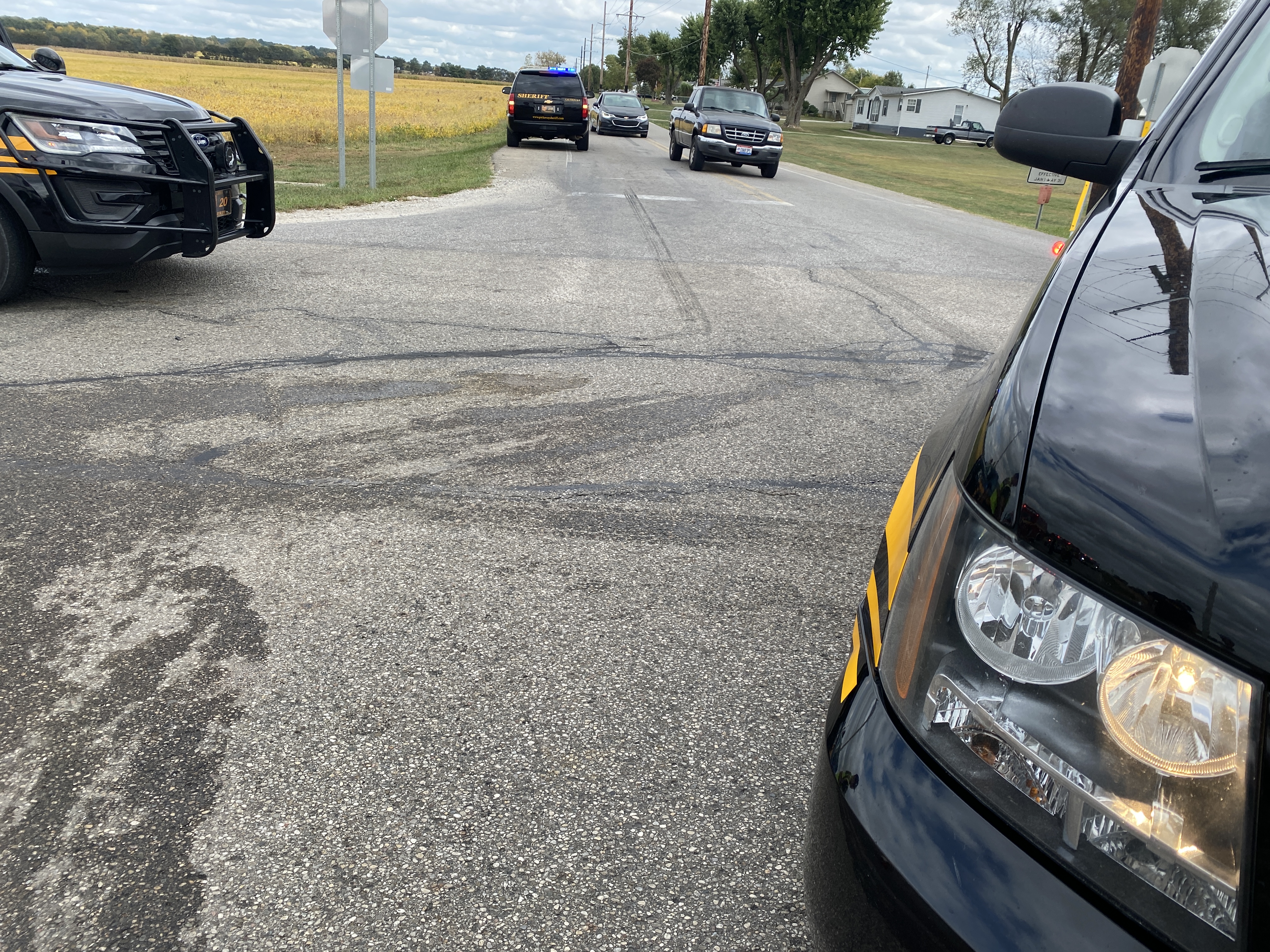 According to Pickaway Sheriff department on scene the White Crown Victoria driven by a man from Pickaway County was driving westbound on Bell Station road when it failed to yield to the stop sign at the intersection of Walnut creek crashing into the Blue Ford Focus. The Focus overturned into a farm field and came to rest on its top.

The driver of the White Victoria was unharmed and released from the scene, and openly admitted to officers that he made the mistake of driving through the stop. The driver of the Focus was checked out by EMT’s on the scene and released shortly after with only minor injuries. Both were wearing their seatbelts at time of crash. Walnut creek was shut down for about an hour for clean up.

Pickaway Sheriff Department and Harrison Township fire were on scene.