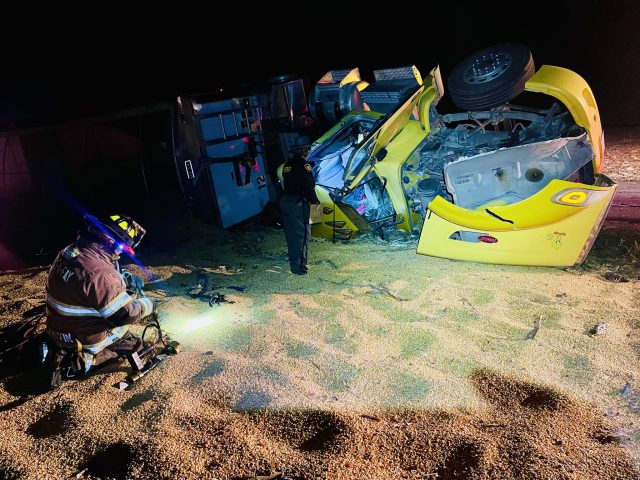 Fayette County – One person was flown by helicopter after a crash that overturned a semi.

Around 7:43 pm on November 14, 2022 emergency squads responded to 871 Lauderman Road for the report of a semi rollover with the driver pinned inside. When emergency services arrived they used extrication tools to remove the driver. While working on the scene first responders called in a medical helicopter to land on the scene for transport.

The driver, identified as William C. Newton, age 67 of Springfield, Ohio was transported by Medflight to Kettering Health.

No other vehicles were involved in the crash