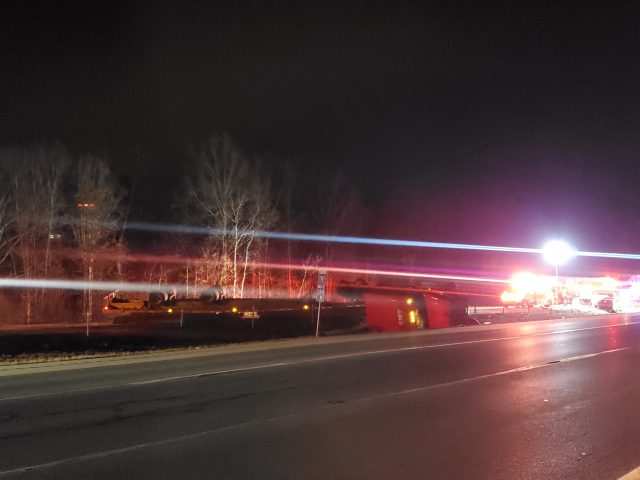 Deleware County – One man was killed on I-71 northbound last night after a multiple injury crash.

According to OSP Matthew Allen, 34 of Brandon, Florida was driving a 2013 Hyundai Elantra northbound on I-71 when he lost control and drove off the highway hitting the median cable barrier. He bounced off the cable and returned into traffic and into the path of a Northbound 2019 Freightliner Cascadia. Both vehicles overturned in the crash and shut the freeway down.

Allen was taken to Grady Memorial where he was treated but later died of his injuries.

The driver of the semi was also transported to a nearby hospital for minor injuries.

OSP did report that both people were wearing seatbelts, the crash is still under investigation.