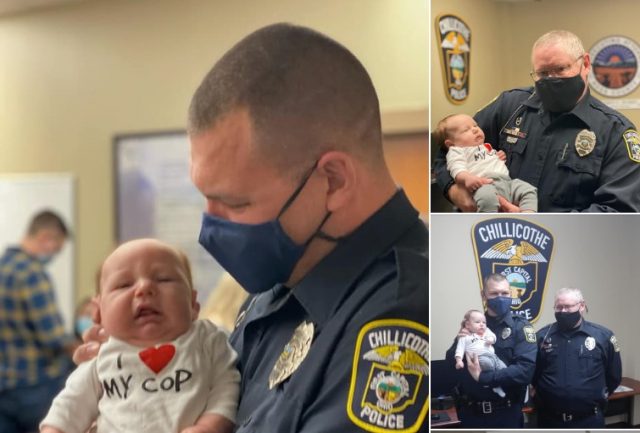 On February 19, 2021, at 2:00 pm Officer Jonathan Dunham and Officer Terry Brown will receive the Silver Star Award during a ceremony at the Chillicothe/Ross County Law Enforcement Complex 28 N. Paint St.

Officer Dunham and Officer Brown demonstrated extraordinary heroism in performing life-saving measures and without delay transporting a 3-week old infant, who was not breathing
to the Emergency Room. Their actions gave this infant the best chance for survival and exemplified what it means to be a Police Officer.