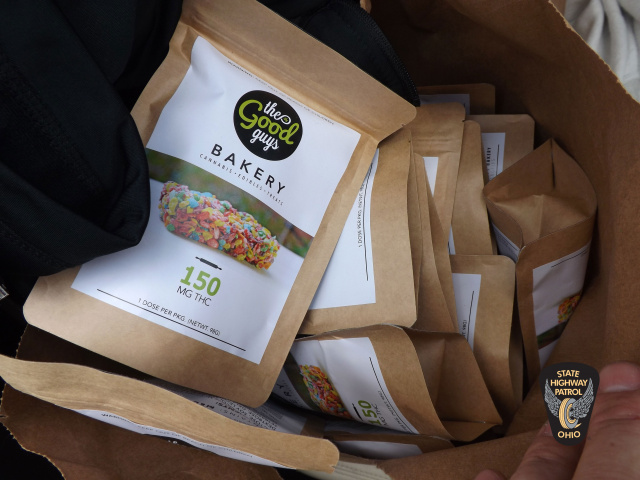 On August 25, 2017, troopers stopped a 2017 Cadillac SRX, with Florida registration, for a marked lanes violation on Interstate 70 in Madison County. Upon approach to the vehicle, troopers smelled the odor of marijuana. A probable cause search revealed the contraband. Troopers also recovered personal use of ecstasy pills throughout the vehicle.