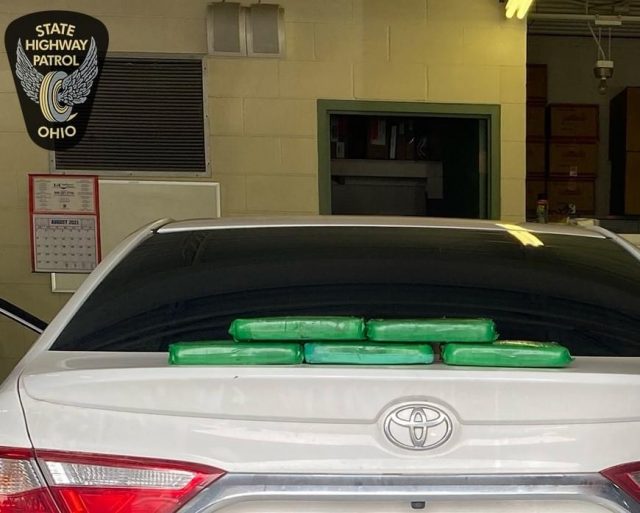 COLUMBUS – Ohio State Highway Patrol troopers filed a felony drug charge against a Utah man after a stop in Madison County. During the traffic stop, troopers seized 11 pounds of cocaine worth approximately $125,000.

On August 6, at 1:44 p.m., troopers stopped a 2017 Toyota Camry with Utah registration for a speed violation on Interstate 70. Criminal indicators were observed, and a Patrol drug-sniffing canine alerted to the vehicle. During a probable cause search, a hidden compartment was located behind the rear passenger seat, which revealed the contraband.

The suspect, Oscar M. Martinez-Gomez, 23, West Valley, Utah, was incarcerated in the Tri-County Jail and charged with possession of cocaine, a first-degree felony.