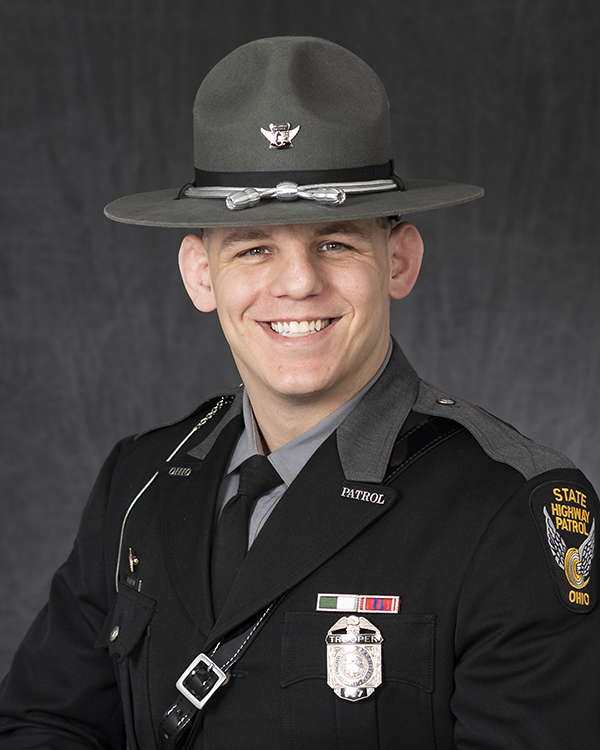 (CIRCLEVILLE) – Ohio State Highway Patrol Trooper Isaac J. Steele has been selected the 2022 Trooper of the Year at
the Circleville Post.

Trooper Steele is now in contention for the District and State Trooper of the Year Award to be announced at a later date.

Trooper Steele joined the Highway Patrol in 2020 as a member of the 167 th Academy Class and was assigned to the Circleville Post. Trooper Steele graduated with honors from Chillicothe High School in 2007, where he was also captain of the football and wrestling teams during the 2006 and 2007 seasons. Trooper Steele also earned an Associate’s Degree in Law Enforcement Technology from Ohio University in 2010. Other Highway Patrol awards received include the Criminal Patrol Award in 2021 and 2022, the Health and Physical Fitness Award (Star Level) and the Education Ribbon.