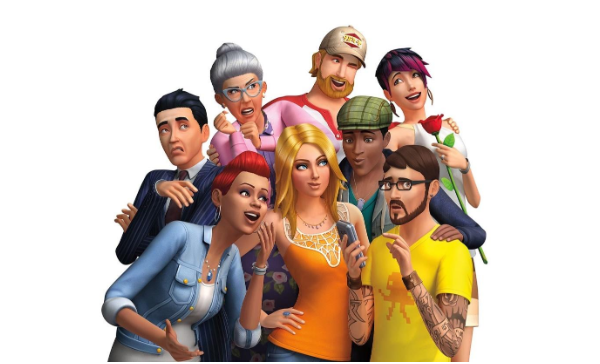 Usually, developers don’t divide gamers into boys and girls but make a game that would appeal to everyone. If the game’s good, anyone, regardless of gender, will like it. In this top-10, we’ve collected the games that will impress even those girls who aren’t interested in the gaming industry, so they will be perfect for a gamer date.

This Asian MMORPG will conquer the heart of any girl with its graphics. This is perhaps one of the cutest online games of all time. In spite of this, Dragon Saga is a full-fledged MMORPG, far from being the worst in its genre, having a good social part too, so you can play it just to chat with friends or meet new people. But if you’re looking for that special someone, it’s still better to try services more suitable for this, like this Ukrainian dating website.

This game is an incredibly exciting and beautiful two-dimensional RPG. The story of Princess Aurora, traveling through a magical country, is thrilling from the very beginning. The game gives rise to the illusion that you’re listening and watching a fairy tale where evil will be punished and good will triumph.

This one’s also a fairy tale but much darker and more adult. Mature Alice, who lost her parents in a fire, tries to cope with emotional trauma. For this, she returns to Wonderland which again is under threat from the Evil. Unlike the first part, this game is calmer.

This place goes to an indie game the genre of which is hard to determine. The Path is an adaptation of the story of Red Riding Hood, made in very dark and even frightening tones. The main goal of the game is to get to the house of your granny; at least it seems so at first. The real goal is to turn off the path and meet your wolf. The game can’t be played in the traditional sense. You must feel it, look, and listen. You don’t follow the plot: you invent it yourself from your own experience and small hints from the developers.

Okay, let’s drop the sad thoughts and talk about something less gloomy. Benoit Sokal, one of the iconic game developers, made a marvelous series of cult Syberia quest series. Its main advantage is a delightful design. The game was designed so carefully and with such love that even if there was no plot here at all, it would still feel nice to just wander around the local locations.

Life is a really strange, and the main character, an ordinary schoolgirl, realizes it with all clarity when she gets the opportunity to control time. It’s hard to call it a gift because sometimes, this ability brings only problems and complicates life. This is an interactive cinema that draws you with its dramatic story and mysticism.

The game which gave rise to a whole genre climbed on its top and would probably never fall from there despite all attempts of other developers. Do we need to talk about what this series is? Alright, this is a very meticulous life simulator which, at the same time, is full of fiction. That’s all.

In the near future, people will be able to upload any memories to their heads, but due to some difficulties, this only works for those who are already dying. This is used by mortally ill patients in order to realize, at least in their dreams, what they didn’t manage to do in life. The lonely, dying old man has only one desire: to go to the moon, but in order to accomplish this, you need to find the root cause of such a desire in his memoirs. In the role of two doctors, we travel through his life in the opposite direction, watching the story that sometimes makes you laugh out loud and cry like a baby.

Journey captures your attention from the first minutes. And any attempts to answer the question about what this game is are meaningless. Any perception of Journey will be purely subjective. After all, everyone will find something of their own in it.

This online game is a mix of a life simulator, like The Sims, and a fairly advanced dance simulator. Unlike many similar games, the graphics are the strength of the game. Your characters will be free to go to a lot of places and show off the newest dance techniques there. This game will appeal to any girl.