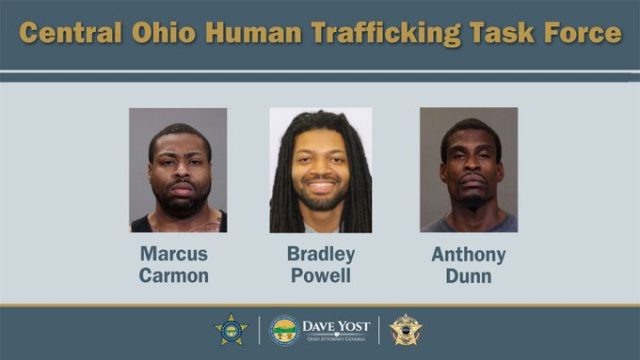 Marcus Carmon, Anthony Dunn and Bradley Powell were indicted on trafficking in persons, engaging in a pattern of corrupt activity, promoting prostitution, compelling prostitution, felonious assault, and possession of drugs and weapons under disability.

As the investigation progressed, it was revealed that Carmon targeted vulnerable women who were fighting addiction and exploited them through prostitution for his financial gain. The indictment alleges that Carmon used threats, drugs and physical violence to gain control and manipulate his victims. Dunn and Powell were indicted as co-conspirators.