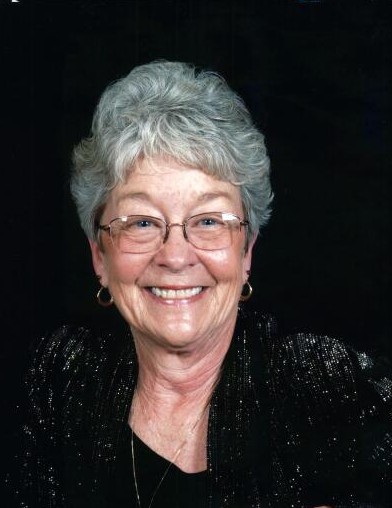 Stoutsville OH- Janet Sue Easterday,76, of Stoutsville, passed away unexpectedly Sunday, November 15, 2020.  Janet was the daughter of Milton and Ruth Griest and younger sister of Harry (Lura) Griest.  Janet was born in Portsmouth, Ohio but lived the majority of her life in Circleville, Ohio.  In August 1963 Janet married Forrest Easterday Jr.  They had two daughters, Sue Cooper and Julie (Don) Livingston.

Janet worked several jobs in her life including PCA, the law office of Young, Tootle and Dumm, RCA, and Chicago Title before starting her own business in 1996, Easterday’s Cleaning.  Janet was dedicated to her work and her clients throughout Pickaway County until she retired from cleaning houses and businesses on her 75th birthday.

Janet was a dedicated wife to Jr for 57 years and a proud and loving mother to both of her daughters.  She was the best Grandmother to Max Cooper, Audrey, Allison and Kaydee Livingston and a Great Grandmother to Layla Cooper, as well as the perfect dog mom to Lucy. Janet also leaves behind beloved extended family, nieces and nephews, friends and clients. With her delightful smile, her strong will and her infectious energy, Janet bought joy, laughter and comfort to all who had the pleasure of knowing her.

We want to invite everyone who knew Janet to come celebrate her life at Wellmans Funeral Home in Circleville from 4 to 7pm on Thursday, November 19th.  There will be a small service at 6:30 for Janet given by her niece, Debra Griest.  Covid 19 restrictions will apply.