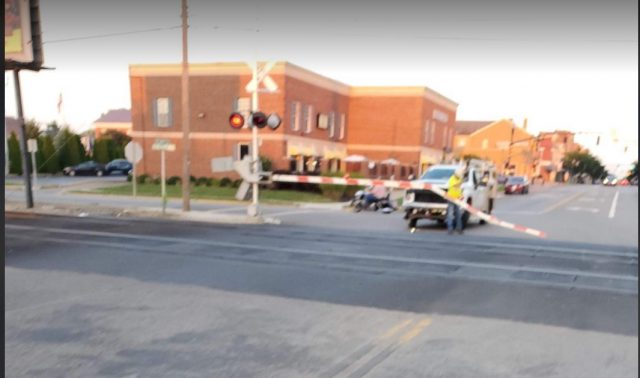 Circleville – Around 7:30 pm on Sunday two railroad crossings started to malfunction raising up after lights and sirens and then came crashing back down.

This occurred at both the West Main street exit and the South Court Street Exit around the same time.

Nick Radcliff videoed the malfunction capturing evidence if someone was accidentally hit while attempting to drive under the arm. In his location on South Court Street, no one reported any damage, but people on West Main Street did.

Norfolk Southern responded to the area where they took the report for the damage and fixed both locations.