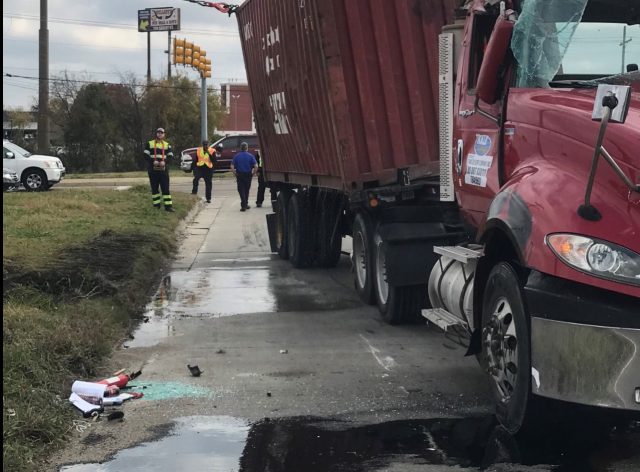 Tenn – A truck overturned and may have damaged all of the 400,00 dollars worth of whiskey it had in cargo.

According to the Murfreesboro police department loaded with $400K worth of Jack Daniel’s Whiskey overturned after the load shifted as the driver was making a left turn onto the I-24 on-ramp from S. Church St around 9:30 a.m. Wed. Nov. 17.

The driver was not injured in the crash according to police

The load of whiskey was picked up in Lynchburg and was heading to Nashville to the railroad terminal to be shipped to Israel.