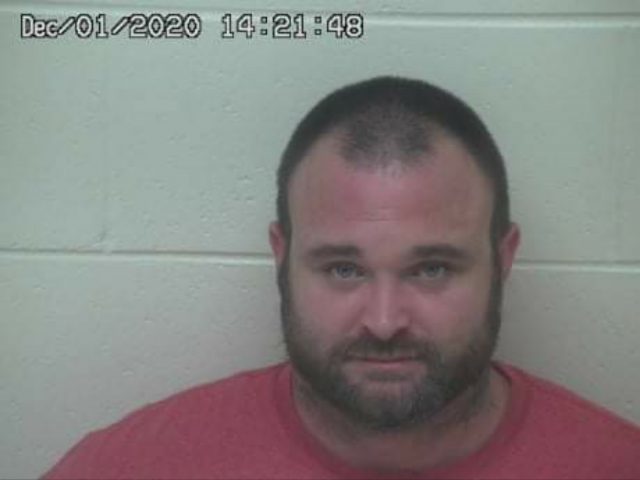 Scioto County Sheriff Marty V. Donini announces that detectives from his office have been actively working on the robbery that occurred last night at the Clarks Pump N Shop located on Center Street in Wheelersburg Ohio. This included watching videos, interviewing witnesses and collecting evidence.

Detective Jodi Conkel stated that they were able to obtain information on a possible suspect that was living in Oak Hill. With the assistance of the Jackson County Sheriff’s Office the suspect was detained without incident at his residence located at 1344 Franklin Valley Rd. Oak Hill, Ohio. He was then transported back to Scioto County that resulted in him being charged with the robbery.

Arrested was Jeffrey L Delaney age 31 of Oak Hill, Delaney has been charged with 1 count of robbery a felony of the 2nd degree and was served two bench warrants out of Portsmouth Municipal Court for driving under suspension. Delaney is being held in the Scioto County Jail on a $ $81,000 bond.

Sheriff Donini stated the quick arrest was the result of the joint effort between the deputies, detectives, Jackson County deputies and the community that assisted in this case.

Sheriff Donini stated that this is still an ongoing investigation. Anyone with information should contact Detective Jodi Conkel @ 740-351-1091. All calls will remain confidential.