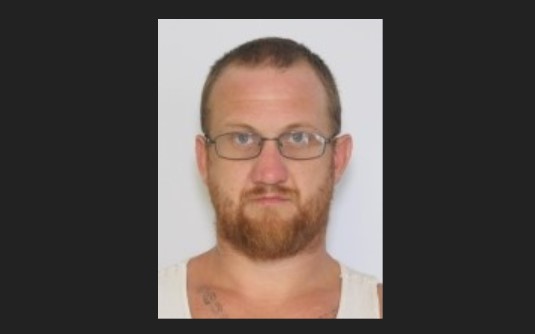 SCIOTO COUNTY – A man was arrested after barricading himself in his home.

According to Scioto County Sheriff David Thoroughman on July 14, 2021 at approximately 10:24 pm a 911 call from a resident reporting that “Michael Brown” was outside waving a firearm around and was drunk and on drugs. An additional call to the 9-1-1 communication center was received from another source, advising that the suspect was using meth, alcohol, and marijuana and was upset over a domestic issue.

Deputies responded to 210 Hyland Ave., Franklin Furnace, Ohio. Upon their arrival, the suspect had locked himself (alone) in a rear bedroom. Deputies ensured the immediate area was secured, ensuring the safety of the residents in the area. Sheriff Thoroughman did request the assistance of the Portsmouth Police Department’s S.W.A.T. team to be on the scene, to use if needed.

Residents in the area advised that the suspect has three (3) firearms; (1) .22 caliber pistol, (1) .22 caliber rifle, and an unknown caliber AR pistol. Shortly after deputies were on scene, the suspect did shoot a firearm from within the residence. At present, it is unknown if any shots were fired prior to the arrival of deputies.

The suspect was barricaded for approximately six (6) hours and forty (40) minutes. The suspect, Michael Brown, of 210 Hyland Ave, Franklin Furnace, Ohio was transported to Southern Ohio Medical Center for evaluation.

The sheriff’s office recovered (1) AR .22 pistol, (1) Rossi .22 LR rifle, and (1)
Ruger .22 LR handgun. The sheriff’s office did locate evidence that shots were fired from inside the residence, shooting through a closed window to the outside. The case will be presented to the Scioto County Prosecutor’s Office to be presented to a Scioto County Grand Jury for the consideration of felony charges.