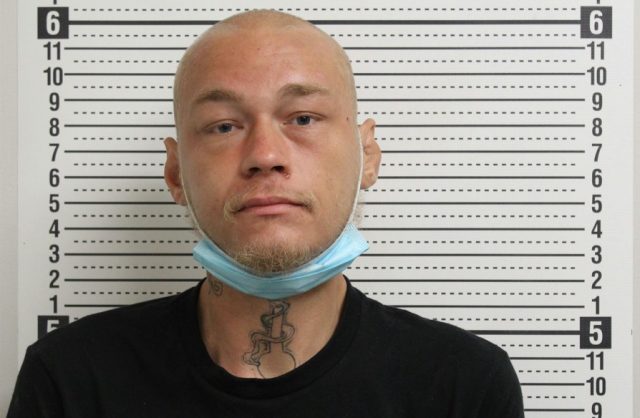 ROSS COUNTY – A Ross County Man will 2-3 years in prison for a crime using a silver pot and a phone cord.

According to the Chillicothe Police department around 8:55 pm on 8/25/21 police responded to a 911 call where a man that lives on 100 block of Sycamore claimed he was assaulted and robbed in his home.

When police arrived on the scene they found the homeowner on the couch with a large laceration to his head, claiming two men who he let into his home attacked him and robbed him using a silver pot that he had in the home and a phone cord.

Chillicothe police say that they found suspects Duke Bowling and Shawn Jones Jr not far from the scene in possession of the stolen items, a cell phone, and 30 dollars in cash.

Bowling who had outstanding warrants already from the Chillicothe Police department was arrested and on his person was found money and a cell phone. He was charged with Aggravated Robbery _ inflict, attempt to inflict, or threaten serious physical harm on another, a felony.

Jones was located on Scioto Ave and was detained, police found that during the interview his story changed in his involvement in the incident and he admitted he was at the scene. He said that he went with Bowling to, “get his money.” He also had money on his person and was on probation. Bowling was also charged with Aggravated Robbery _ inflict, attempt to inflict, or threaten serious physical harm on another, a felony.

The victim was transported to Adena for his injuries.

In Ross county court this week Duke Bowling changed his not guilty plea to guilty and to the charges of receiving stolen property (2), Aggravated possession of drugs, and Robbery. He was sentenced to 2 -3 years prison; $110.00 Restitution to the victim; costs waived; 43 days Jail Time Credit.