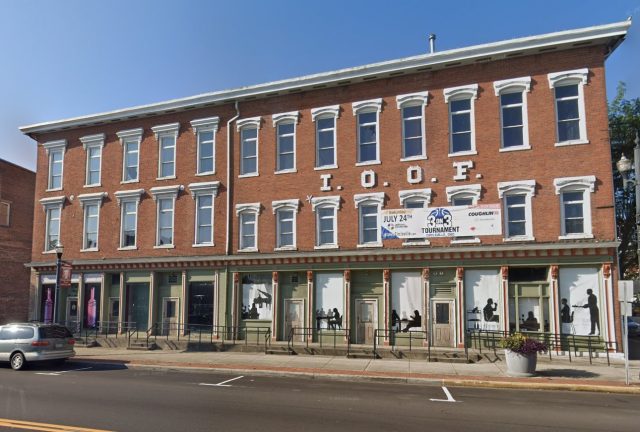 PICKAWAY – Two buildings in Downtown Circleville that was recently purchased in an auction have revealed plans for the buildings.

Circleville Don Mcllroy spoke during the Circleville Safety committee on Tuesday, June 14, 2022, on the plans for two downtown buildings.

“A vibrant downtown has people living downtown, we all know that. Have a majority of our storefronts are open. There with nice businesses in their small businesses, one two family members running those businesses, but we have a lot of apartments. The properties that just sold, several want to turn those into apartments, and residential,” said Mcllroy.

The Downtown IOOF building on East Main Street was sold to Darby Creek for a 150,000 dollar bid. The owner told the Mayor that he plans on opening the five storefronts the large building touts as soon as possible, then he wants to concentrate on the second and third stories for residential.

Tom moody bought 115 Main Street, which is a three-story building, and has plans to make the second and third stories into residential also.

Mcllroy took this opportunity to emphasize the need for parking downtown.

“We’ve got a very serious problem that’s developing in our downtown area, and it is parking. You’ve heard some business owners saying, hey, we’re not enforcing the two-hour parking. We’re trying our best. Police are the shorthand of this, they are still going out there and trying to identify these vehicles. With many downtowns building turning second and third buildings into apartments, there’s no place for these folks to park. We’re going to have to begin to think outside the box here. What can we do? There are properties for sale. The old circle D property is for sale, and the property of the alley where the eagles is that that property is for sale. Now, I’ve mentioned to these entrepreneurs that maybe they will look in that direction. But as we continue to fill these, these residentials in the downtown, we’re going to have a problem with parking. And it may in some times it may conflict with our shopkeepers. So I just wanted to have another open discussion about that.”

Meters that would help enforce downtown parking were also suggested as other historical downtown has was suggested by an attendee.

Councilwoman Carlyn suggested a possible parking garage be built by the city. Charging people to use the parking and possibly free for events.

The Mayor told Council that solving this problem isn’t really on the city, but suggested that he would like to see the city purchase a lot for municipal parking, but felt it’s not our responsibility to find a parking spot for their tenants.