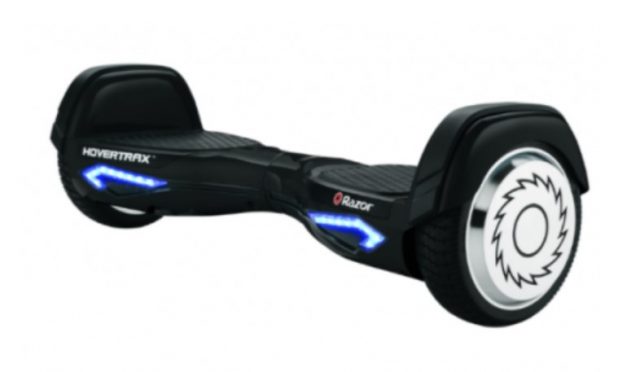 US – Razor has issued a massive recall of 235,000 hoverboards that may have issues with battery smoking or catching fire.

According to a press release this recall involves the removable GLW battery packs installed in UL-Listed Hovertrax 2.0 brand self-balancing scooters/hoverboards manufactured between September 2016 and August 2017. GLW’s battery packs were certified as compliant with ANSI/UL Standard 2271 by UL.  Hovertrax hoverboards have two wheels at either end of articulated dual platforms and are powered by GLW battery packs.

The battery packs have the name GLW written in large letters on the packs themselves. The battery packs have serial numbers beginning with GLW, which is printed on a white sticker on the top of the battery pack, below the bar code. Hovertrax 2.0 is printed on the front of the hoverboard. The hoverboards were sold in black, black monochrome, blue, green, red, red monochrome, white, rose gold, camouflage, ocean blue, purple colors, and three multicolor patterns called Spectrum, Galaxy and Carbon.

Consumers should immediately stop using the recalled self-balancing scooters/hoverboards and contact Razor for instructions on how to obtain a prepaid shipping carton to send the GLW battery pack back to Razor, and to receive a free replacement battery pack

There have been more than 20 reports of Hovertrax 2.0 Self-Balancing Hoverboards containing GLW battery packs overheating, including some reports of smoke or fire.  No injuries have been reported.