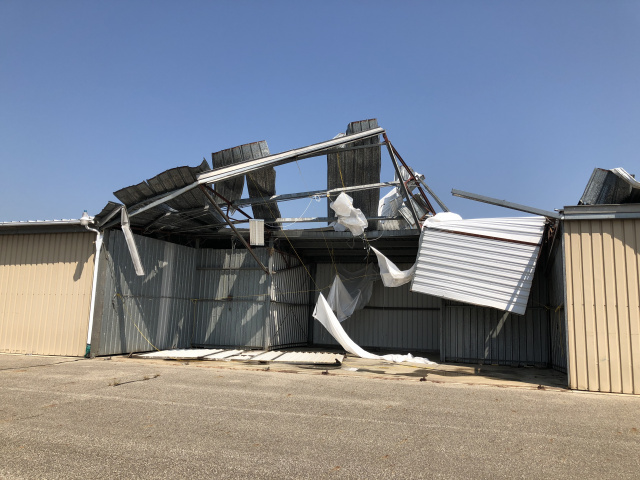 Pickaway – The US national weather service issued a Severe Thunderstorm warning last night August 26 at around 7 pm.   Warnings of 60 MPH winds and possible hail.  Precautionary actions that were suggested were to move to the interior of the room at the lowest point. 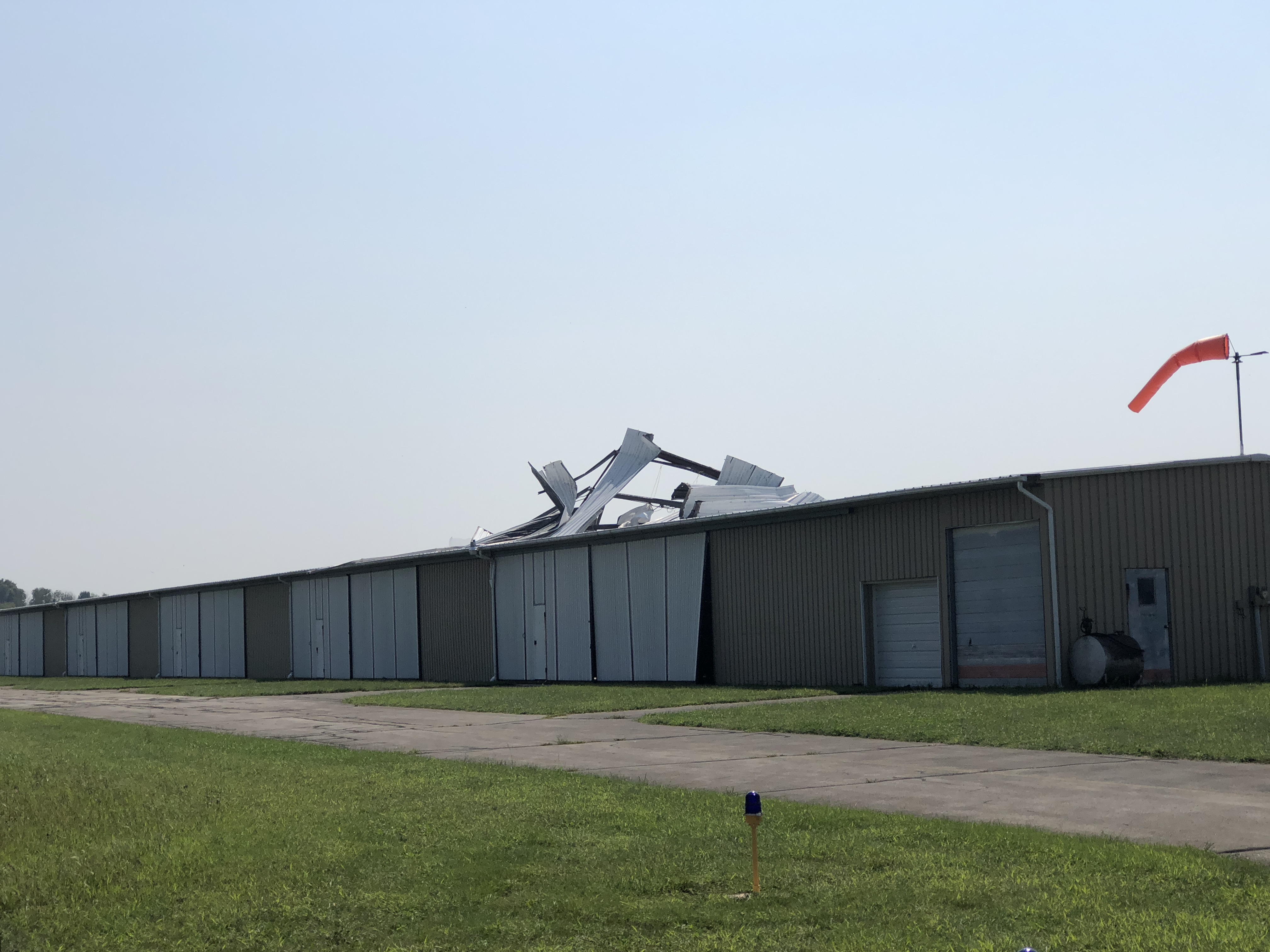 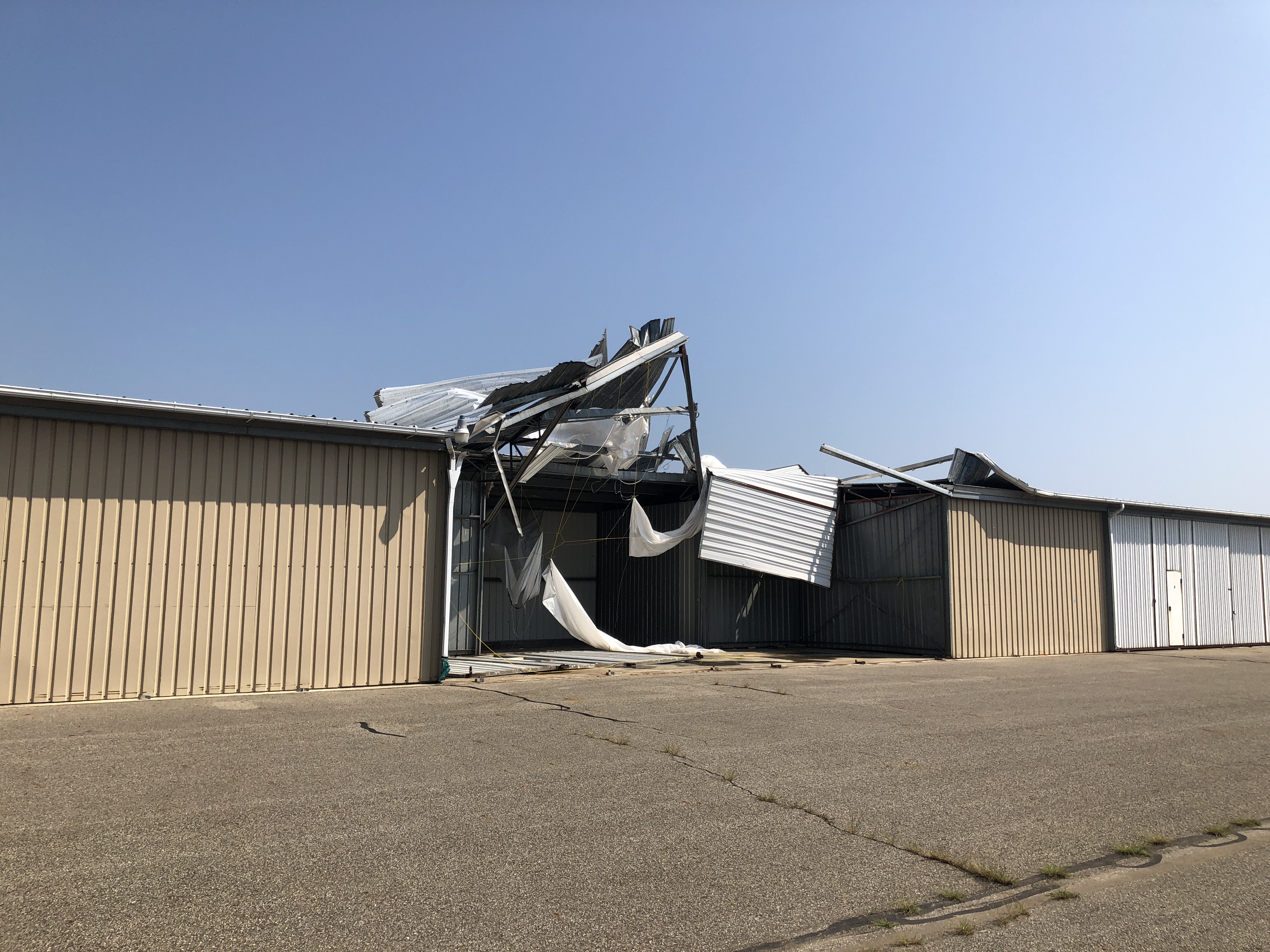 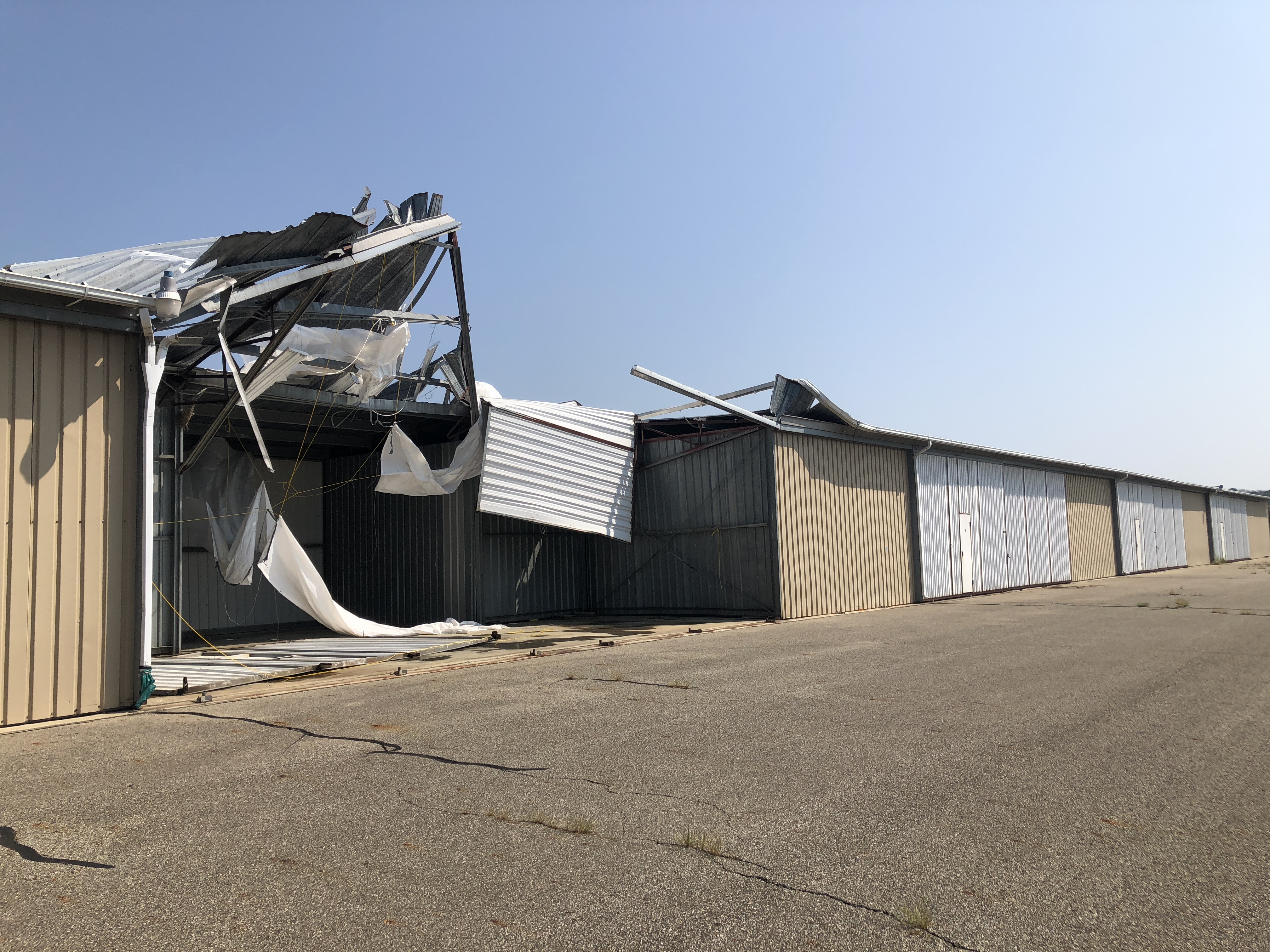 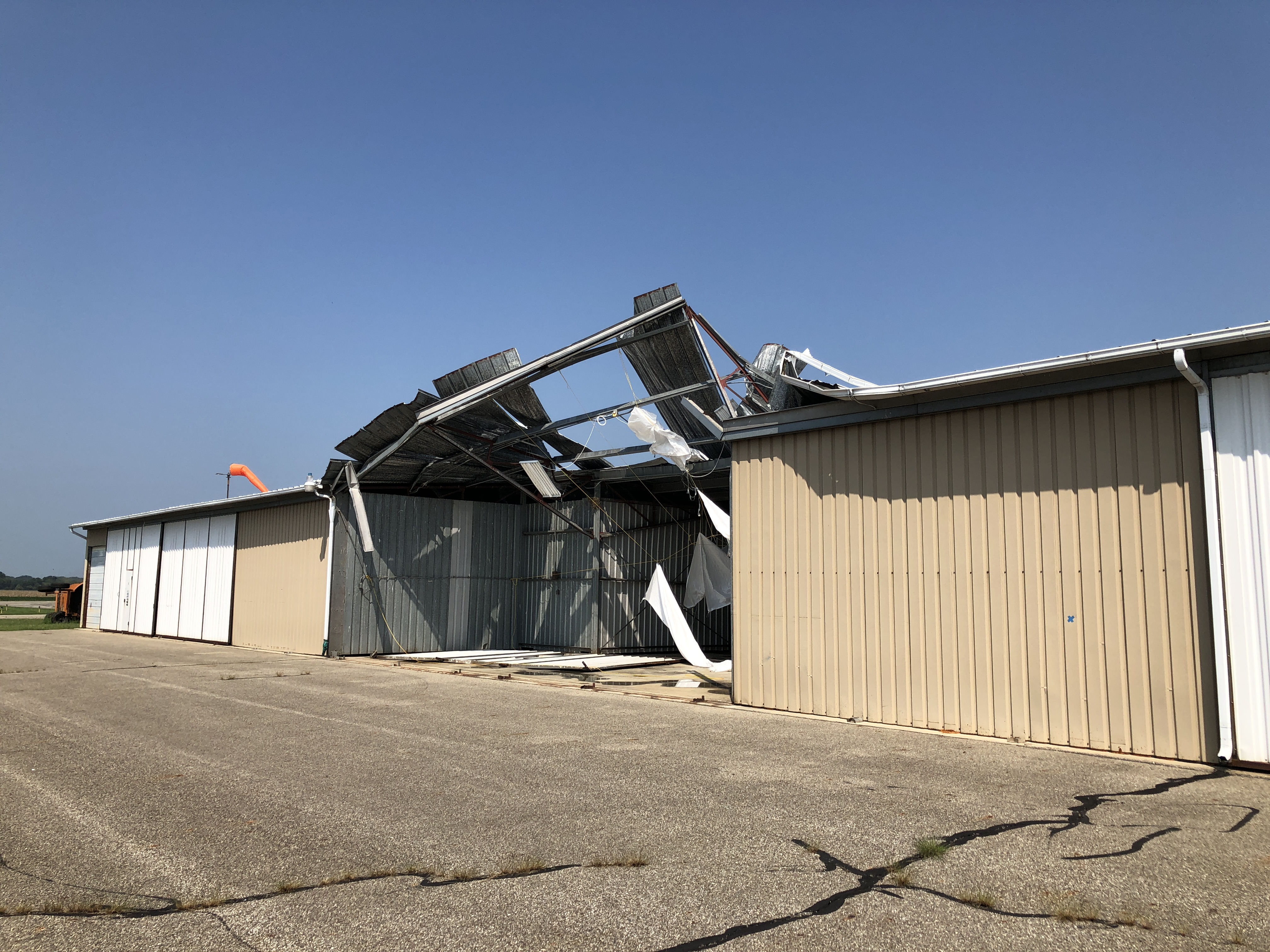 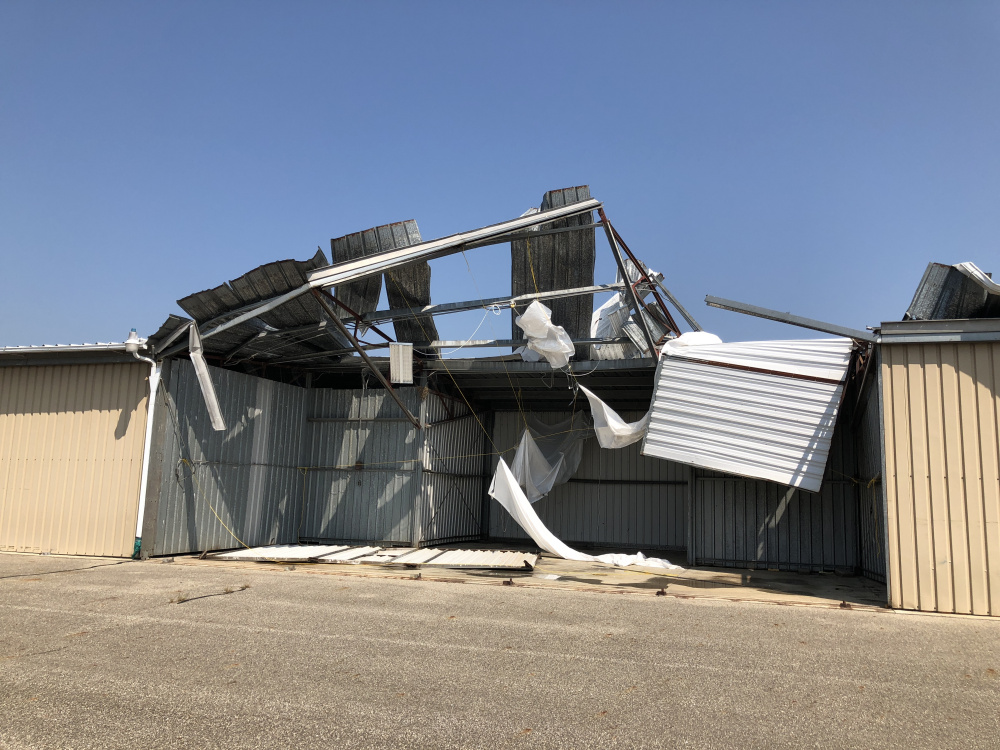 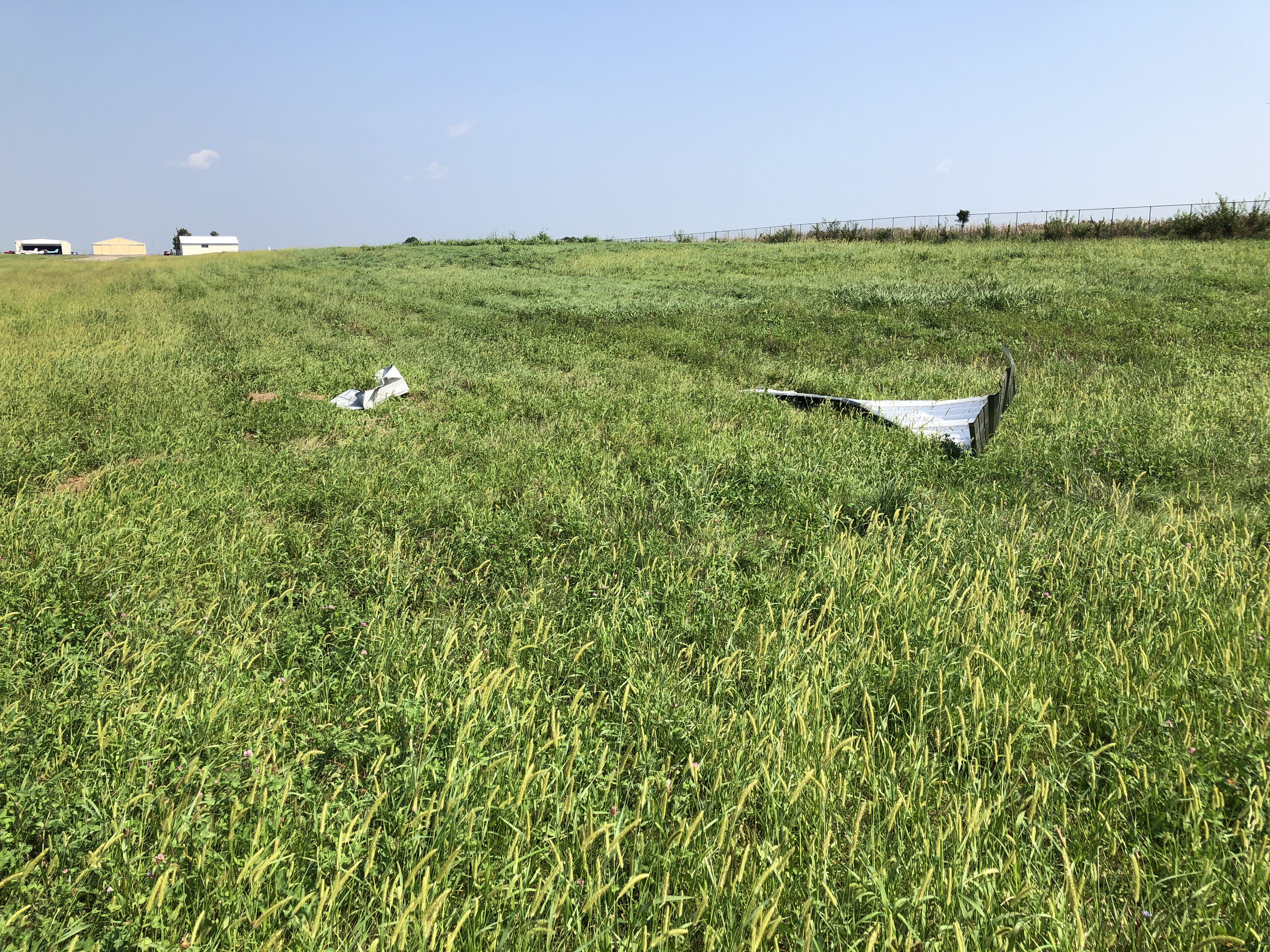 The National Weather Forecast is now investigating a possible touchdown at the Pickaway County Airport. Significant damage as seen in the photos from the storm has occurred.  One of the hangers is a total loss.  The doors according to the airport weigh more than 500 lbs themselves have been ripped off the structure and thrown.  Another Hanger to the left had some damage but luckily stayed intact.  “These hangers are at least 50 years old, so they have held the test of time, this was something more significant than just wind,” said one of the owners of a plane at the hanger.

Pickaway County also reported that there is some swirling in the crops sitting adjacent to the airport too.  A Sciotopost member Lisa Salyers messaged us saying that “Here fiancé lives close to the airport and has reported damage to his garage door on the one side of his shop and a “flat pattern.” behind the house.

We will have updates on the report when it is available.