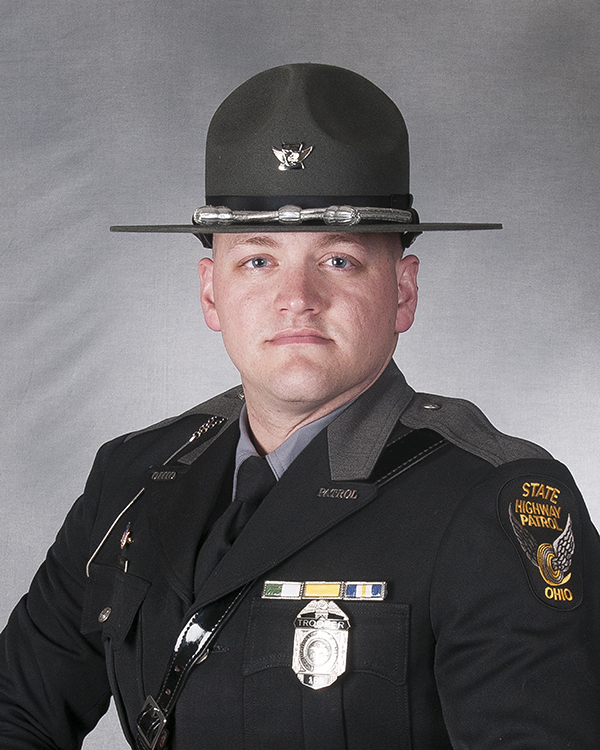 PORTSMOUTH – Portsmouth post of Ohio State Highway Patrol have nominated their Trooper of the year for 2020.

OSP has selected Trooper Norman, 30 for his outstanding service during 2020 at the Portsmouth post. Fellow officers selected Norman for the honor of the award due to his leadership abilities, professional ethics, courteous treatment of others, enthusiastic work attitude, and cooperation with supervisors, peers and the public.

The trooper is now in contention for the District and State for Trooper of the year award that will be announced at a later date.

Trooper Norman joined the OSP highway patrol in 2012 and has served at the Wapakoneta post, Ironton post, and the Portsmouth post. Originally from the Portsmouth area and a graduate from Northwest High School, Trooper Norman served in the US Army Reserves and attended Shawnee State University. Other Highway patrol awards Norman has won include four-time winner of the Criminal Patrol Award, Ace award for auto larceny, Fitness Award, and Safe driving award.