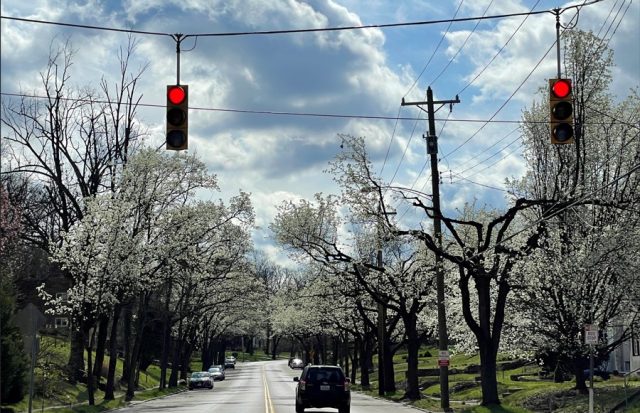 OHIO – You find them everywhere those white blooms with the small flowers with a strong smell, some streets are lined with them, they have been popular but in 2023 they are now illegal to buy, sell or plant.

The Callery Pear trees, other names Bradford Pears or sometimes Cleveland Select have been put on the invasive tree species list because of their aggression and their tendency to crowd out native plants.

Most of the time the tree goes unnoticed until around the beginning of spring when those normal trees turn completely white with blossoms.

“You’ll see it a lot of times in a vacant lot that maybe was disturbed by construction and then left sitting. And then you can see thousands of pear seedlings coming up and they really just take over,” said Dan Kenny, Ohio Department of Agriculture chief of the division of plant health.

Property owners do not have to remove existing trees from their yards, the law only applies to future trees to be sold or planted.

The tree has already been spread though, and it will take more information to get out to help stop the spread of the species. Callery pear is an ornamental species native to regions of Asia. It was introduced to North America in the early 1900s for agricultural use. It quickly became a favorite in landscaping for its adaptability, flowering, fall color, and rounded crown.

For more information on how to remove or control Callery pear in forested or natural settings, see the fact sheets available here: