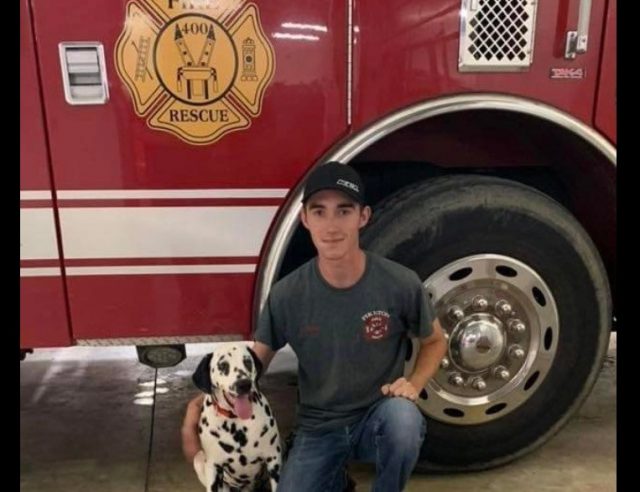 PIKETON – Piketon Seal fire department reported that their dalmatian Marshal went missing and when they found him he was clinging to life.

“We are happy to announce that our mascot and crew member, Marshal, has been located! Today our crews were able to locate Marshal deep in the woods. When crews reached him, they discovered that he had several injuries. He has been transported to Shawnee Animal Clinic in Portsmouth for evaluation and medical attention,” said the department.

That wasn’t the end of this crew member and mascot’s battle.

Marshal’s pelvis has been fractured in several places and will need to be operated on. Marshal has been transferred to OSU Veterinary Medical Center for emergency surgery. The news was good news that some of the bones broken would heal on their own, but one break would have to be operated on. Marshal will now go for surgery on Monday for the break

“Today, our crew has been notified by Marshal’s Medical Team that he is ready to come home! The OSU Medical Team has taken exceptional care of our Marshal over the last week and we cannot thank them enough. Marshal will be released into the care of his handler Firefighter/EMT L. Rider who will be monitoring his recovery going forward.

We have been truly blessed to have the wonderful and supportive community we have and we cannot thank you enough for your gracious outpour of support for Marshal.”