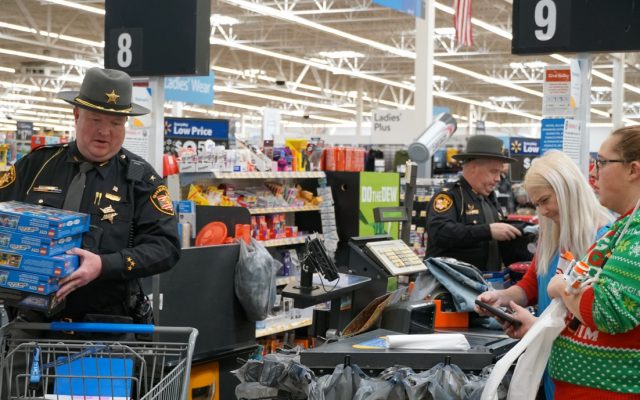 The monies for the event came from No Shave November according to Pickaway County Sheriff’s Office Matthew Hafey.

“Employees pay 10 dollars a week to not shave for November, we extended the event to our female employees and they celebrate by allowing them to wear colored fingernail polish not just clear, our internal staff employees wear jeans. We extended the event through December to collect more donations to ensure we cared for as many kids in need as possible,” said Hafey.

The Sheriff told Sciotopost that they collected a total of 3195.00 dollars for this event, and originally they planned to buy Christmas dinner for the families at City BBQ and use the rest to buy as many Christmas presents as possible. When we approached City BBQ and they heard what they were doing, they donated the meals for free.

“We are very appreciative of City BBQ for helping us give families an even better Christmas, and are happy to work together for this great cause.”

A total of 24 Kids were shopped for today, all were selected from Pickaway County area School resource officers. Kids filled out a wish list and those lists were used to buy kids what they wanted this year.

The Sheriff reported that several employees donated but still shaved, and others gave straight donations for the cause. The presents and the food will be taken to the families just before Christmas.