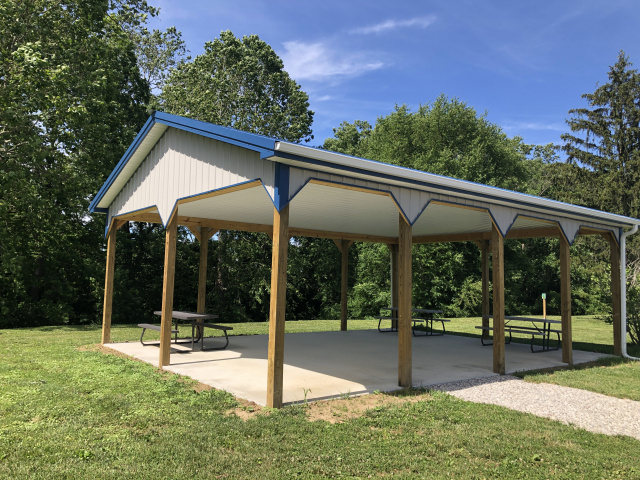 CIRCLEVILLE – The Pickaway County Park District is completing a pair of shelter houses on both ends of the Roundtown Trail, in Circleville.

About a year ago Pickaway County Park approached both YMCA and OCU about building these structures, because they didn’t own the property.  Easements were granted and building commenced about a month ago.  OCU side was built first and is complete now minus paving being done by ODOT by then end of June. 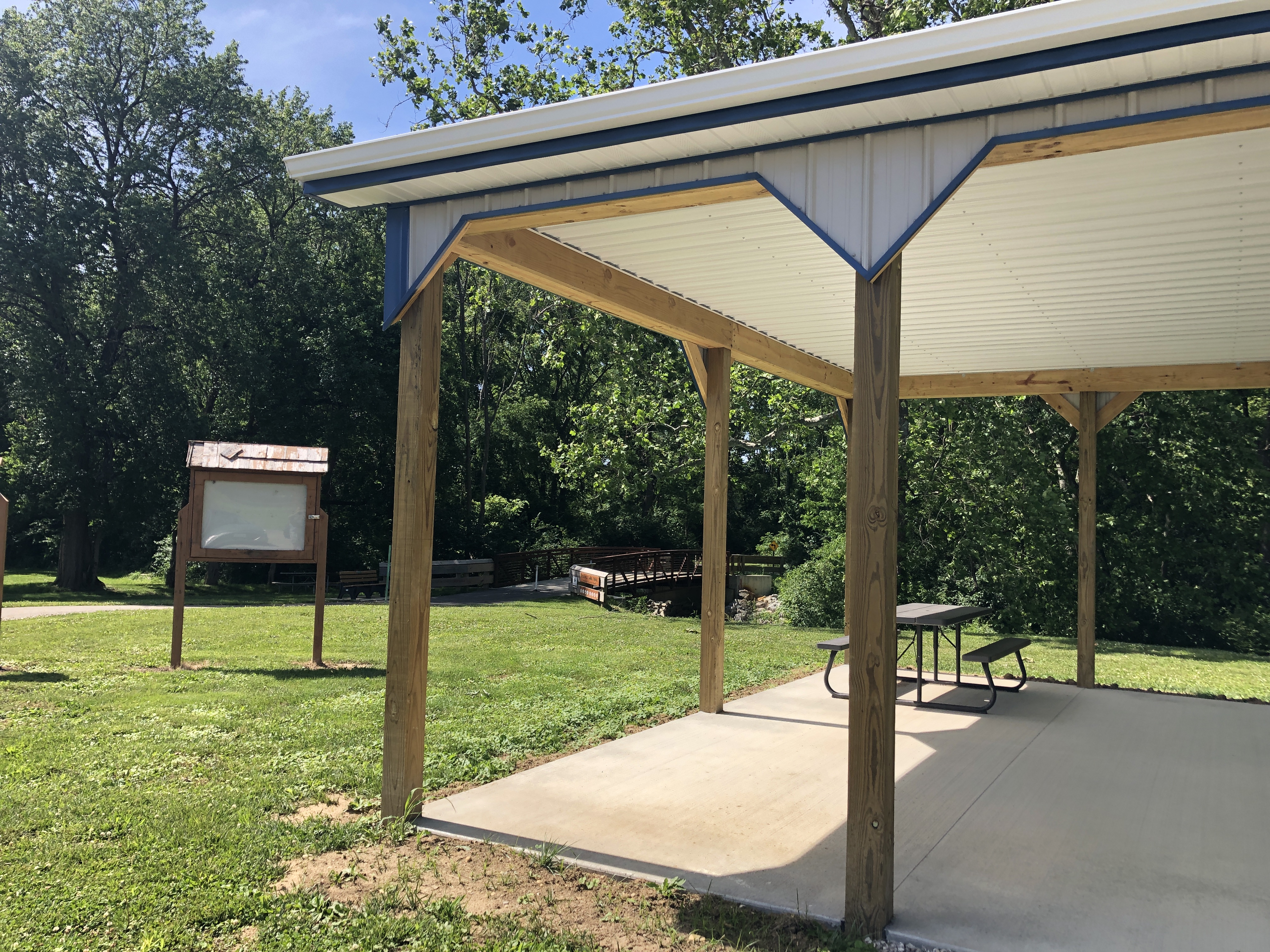 The YMCA side will be completed in the next several weeks according to the Pickaway Parks. Both Gazebos will have picnic tables and they will be open to the public on a first come first serve basis. 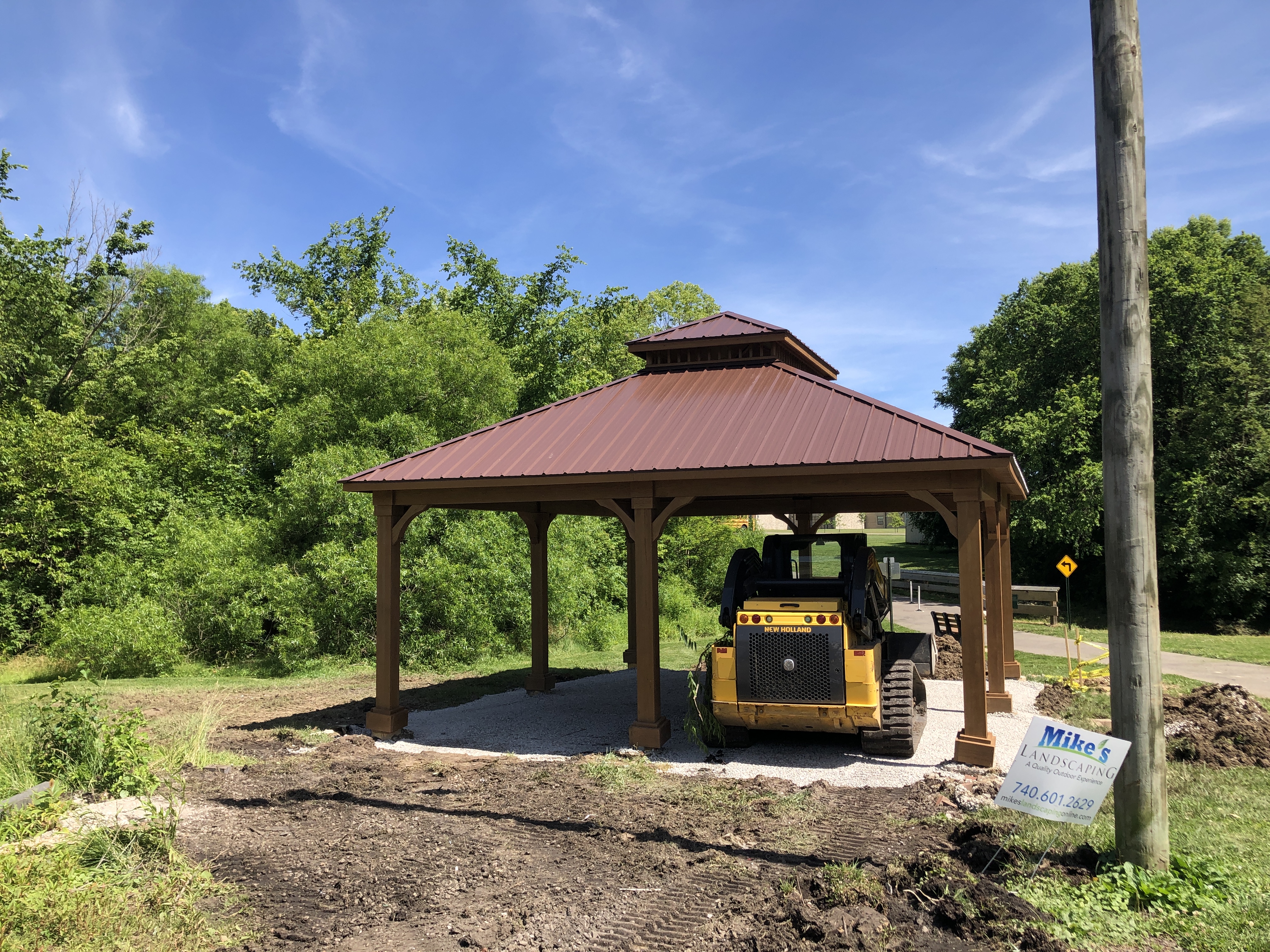 The Shelter houses were paid for with monies from the Roundtown Trail Committee funds and from a Capital Improvement Grant from ODNR, no monies came from the City of Circleville. 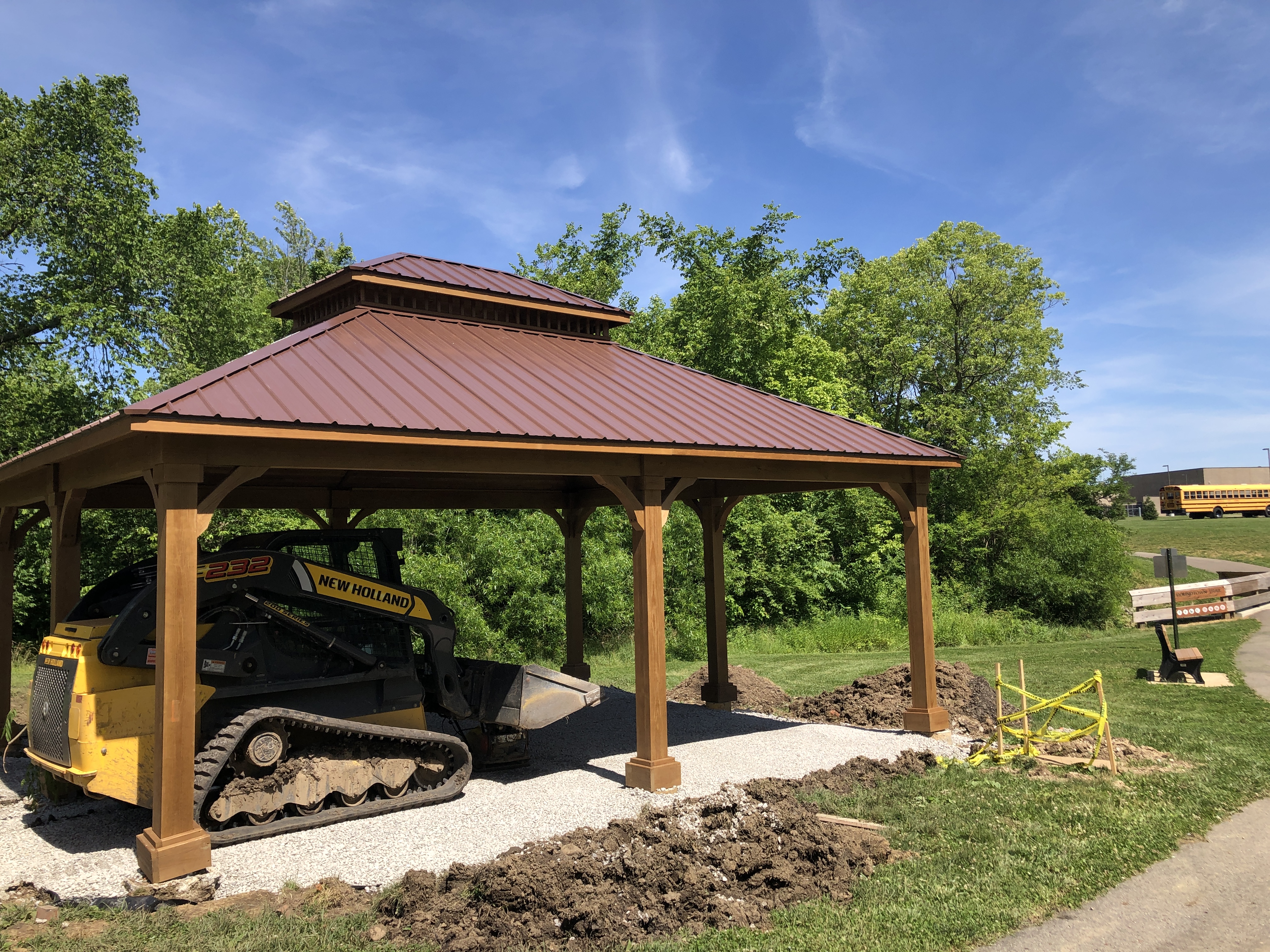 “We see these improvements as an exciting additions to the trail and  expect that  they will be a great value to trail users and picnickers alike. Our next steps will be to get picnic tables for these shelter houses and to get the parking lot finished on the OCU side of the Trail,” said Tom Davis Pickaway Parks, “The parking lot on the OCU side of the trail will be built by ODOT with the help of ODOT trailhead improvement funds. We are expecting for the paving to begin at the end of this month and hope that everything will be completed before the students return to the University for this next school year.”