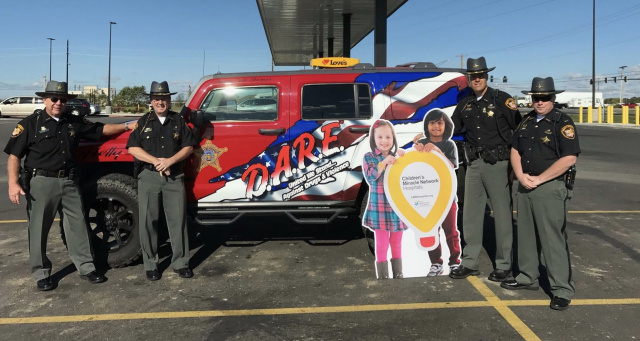 PICKAWAY – Sheriff Robert B. Radcliff is pleased to announce that the Pickaway County Sheriff’s Office was recognized by the D.A.R.E. Ohio (Drug Abuse Resistance Education) organization on June 25, 2018, at the annual conference, for 25+ years dedication to the D.A.R.E. program. 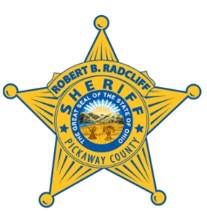 “Our D.A.R.E. program is an effective weapon in our arsenal to help fight the adverse influence that drug abuse has on our community. I am proud to continue supporting this worthwhile effort through my office, and I am pleased that our efforts have been acknowledged by the state organization.”, Sheriff Radcliff said. 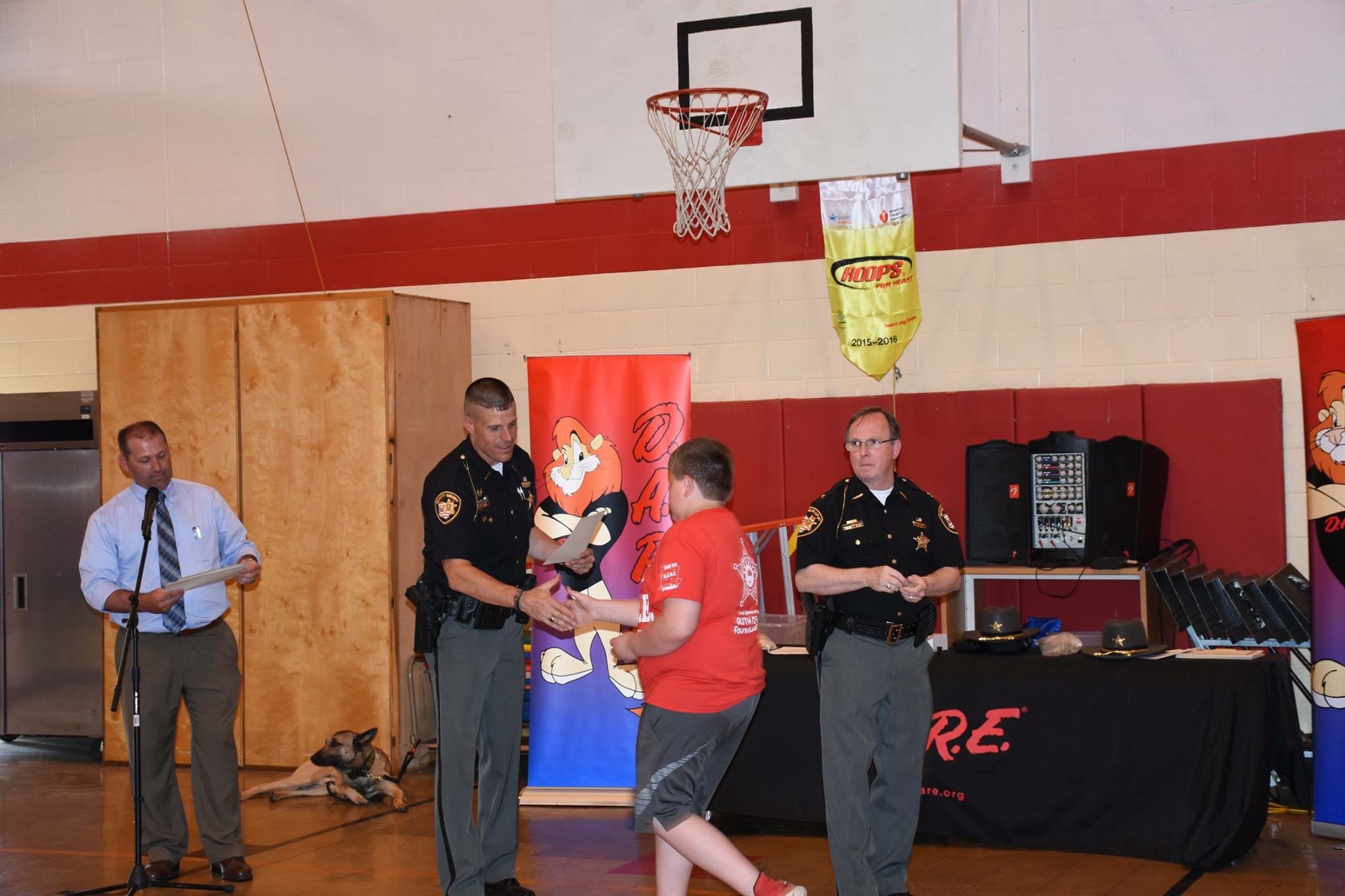 The nearly 28-year-old program was established in August of 1990.  At that time, the program was 17 weeks long and was taught in the 6th grade in all four school districts in Pickaway County. The D.A.R.E. officer at that time was Sgt. Harold Hopkins, who along with former Sheriff Dwight E. Radcliff, and former County Commissioner Ruth Neff, established funding for the program and set up contracts with the schools to get it started.

“The goal is to spread the drug-free message and let children know that it’s OK to say ‘no’ and give them the tools to do that,” said Deputy Dale Thomas who has led the program for the past 21 years and was awarded the 2013 D.A.R.E. Officer of the Year by the Ohio D.A.R.E. Officers Association. “It also gives them the chance to meet law enforcement and understand that we’re here to help them.” 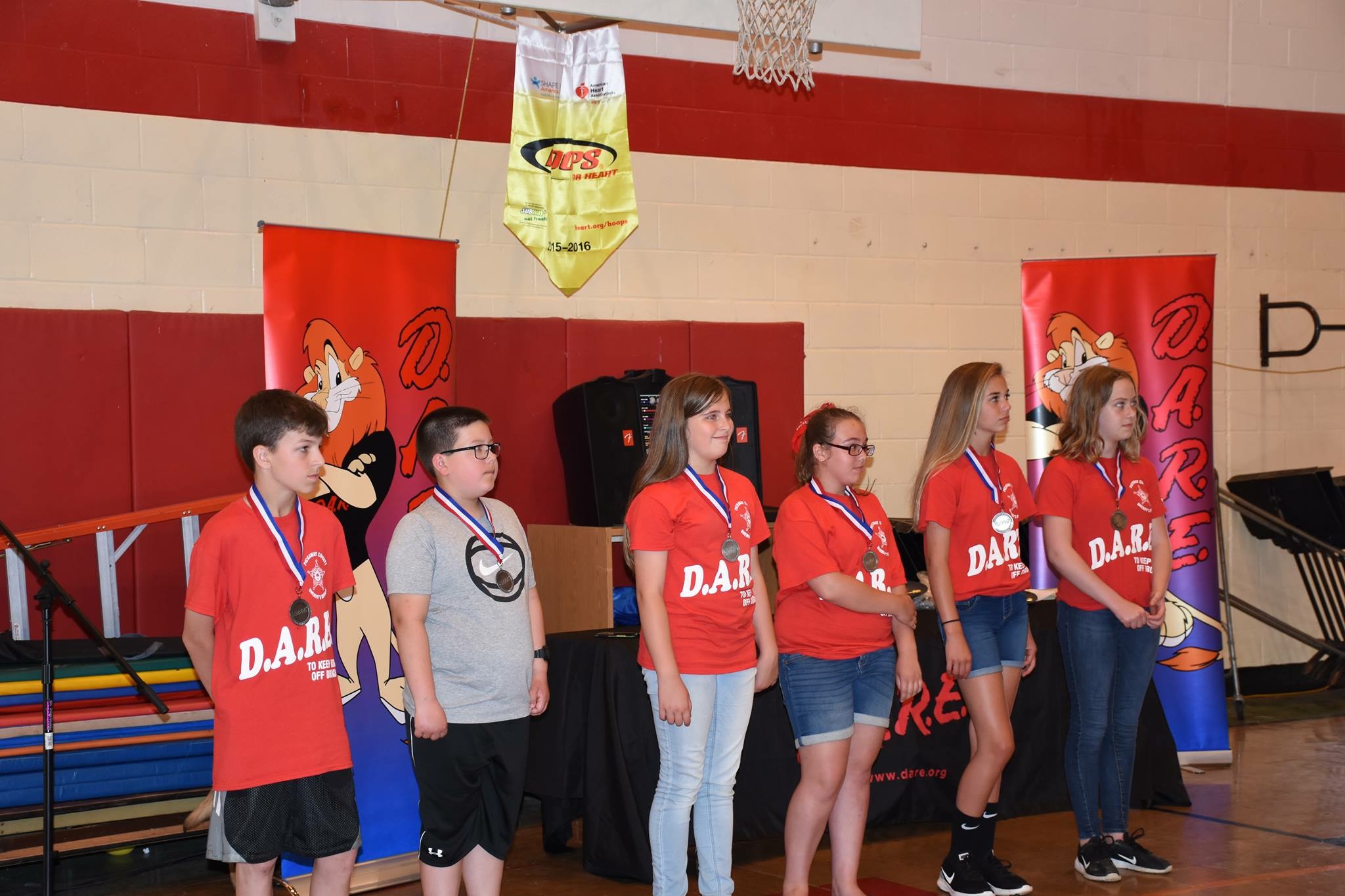 In 2004, the D.A.R.E. program underwent a major transformation with all new books and topics. The program was also condensed to 9 weeks and was moved into the elementary schools exit level grade, which moved the program to 5th grade for Westfall, Teays Valley, Circleville, and 6th grade for Logan Elm. The program is now taught in 5th or 6th grade and 7th grade in all four school districts.