Pickaway County OH- According to Sheriff Robert B. Radcliff, on September 20, 2020 at 12:47AM Deputy Seth Thomas was traveling southbound on St Rte 104 when he got behind a 4-door gold Dodge vehicle. The vehicle made multiple left of center violations. Deputy Thomas initiated a traffic stop and got the vehicle stopped on St Rte 104 in the area of Dungan Road.

Sgt. Kyle Eveland and his K9 partner Edguy arrived on scene to assist.

Sgt. Eveland ran Edguy around the vehicle for a free air narcotics sniff. The K9 alerted.

At that time one of the occupants of the vehicle, Hugh E. Rodgers out of Groveport, Ohio hung his head and admitted there was a gun and once ounce of “ice” (methamphetamine) under the front passenger seat and it belonged to him.

Deputies retrieved the Taurus 9MM handgun, which turned out to be stolen out of Scioto County, the over 1 ounce of suspected methamphetamine. Deputies also located over $390 on Hugh Rodgers. 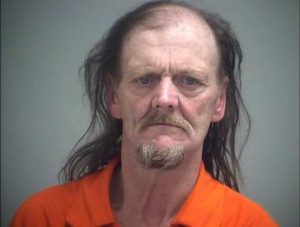 Later in the day on September 20, 2020 at 8:30PM Deputy Robert Morningstar stopped to assist a disabled vehicle on US Rte 23 in the area of Deer Creek Auto. Deputy Morningstar learned the front driver side tire fell off the vehicle. 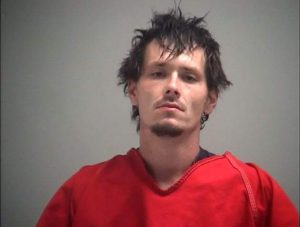 Upon search of Jordan Jacobs person, Deputy Morningstar learned that Mr. Jacobs had a loaded Kahr K40 handgun in his waistband. In a bag that Mr. Jacobs was wearing Deputy Morningstar located a large bag of Oxycodone pills, well over 8 ounces of suspected methamphetamine, digital scales, small baggies used to sell narcotics and over $1,330 cash. There was also a loaded 12 gauge shot gun sitting on the back seat of the truck. 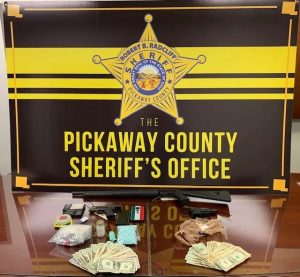