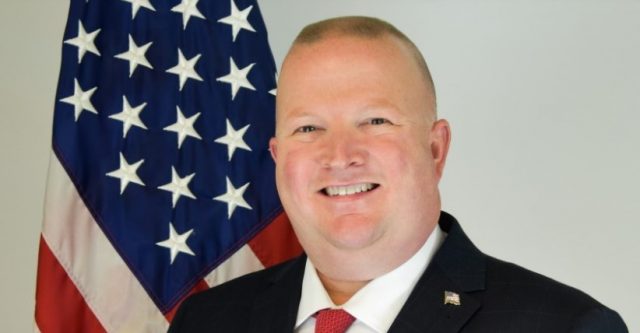 Hafey said the endorsement was affirmation of his vision for a better sheriff’s office and a
better Pickaway County.

“I thank the jail union for their endorsement – it’s no easy thing to endorse a challenger against an incumbent sheriff,” Hafey said. “I appreciate that they see my law enforcement experience, leadership, and commitment to listen, learn, and lead the sheriff’s office into the future.”

Hafey said that jail management is a top priority and that he’s committed to doing a complete review of the sheriff’s office operations including organization, budget priorities, and staffing and will quickly after taking office establish and begin implementing a plan for proactive change that will serve Pickaway County residents well.
###
The full letter from Teamsters Local No. 284 is attached. 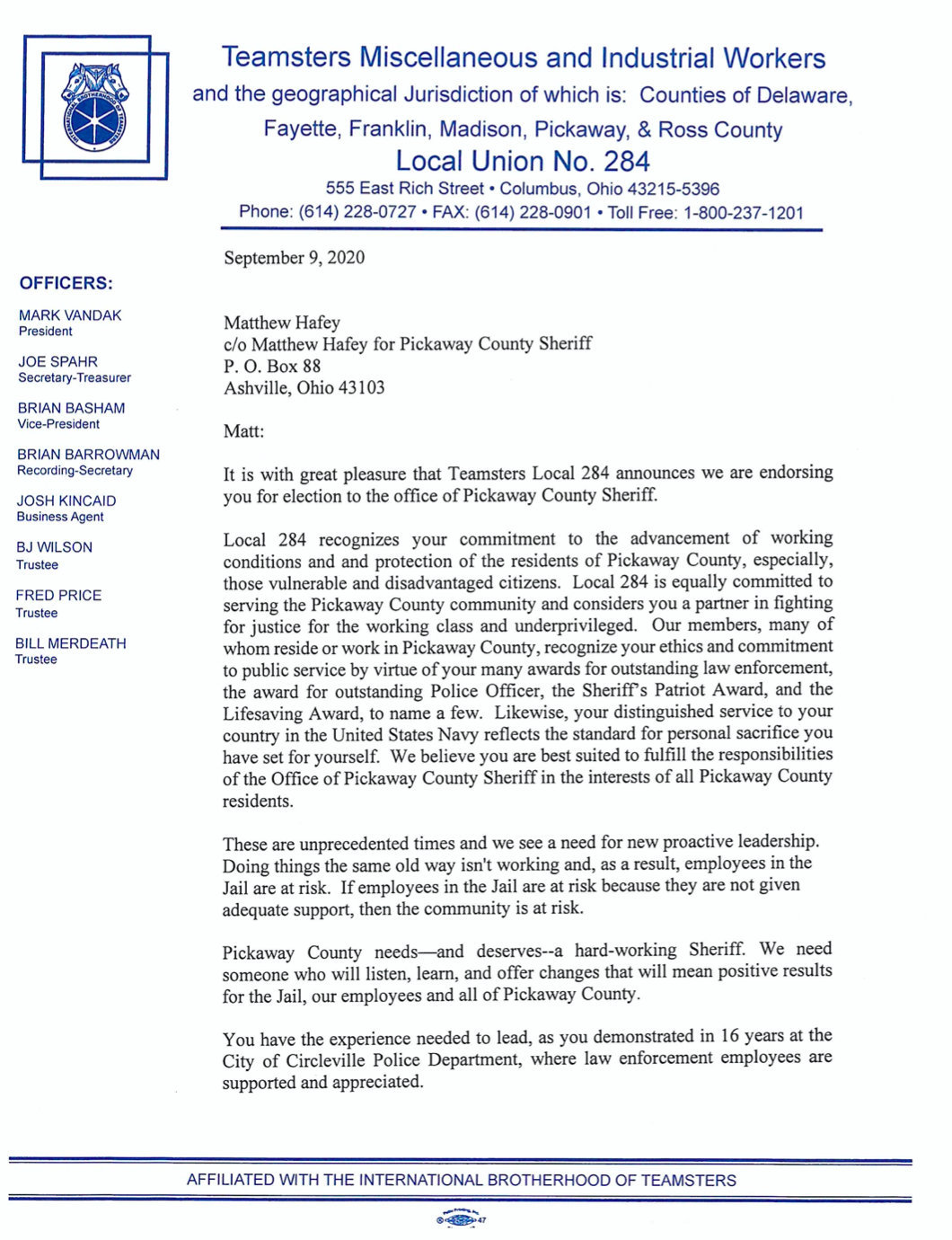 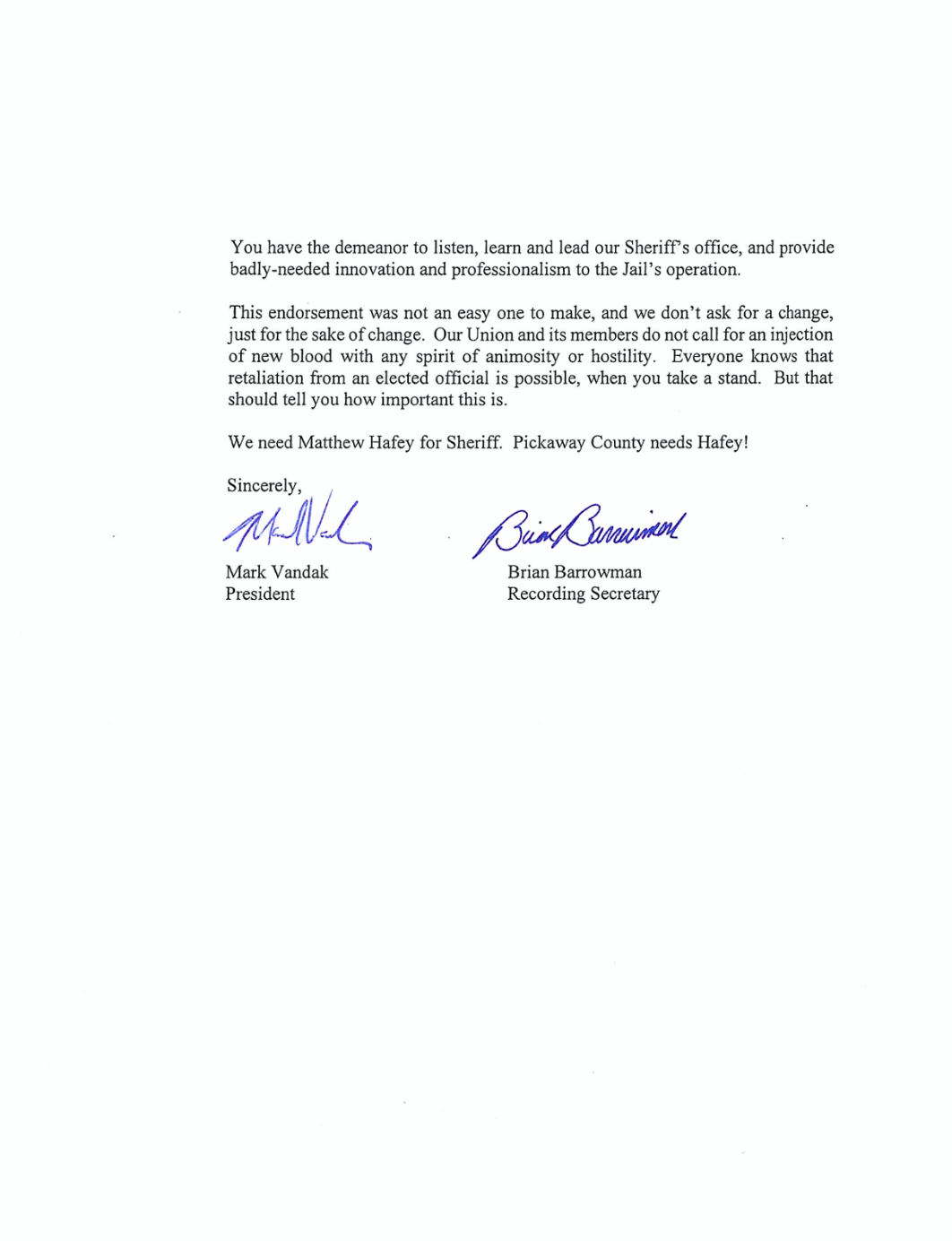 Paid for by Matthew for Pickaway County Sheriff