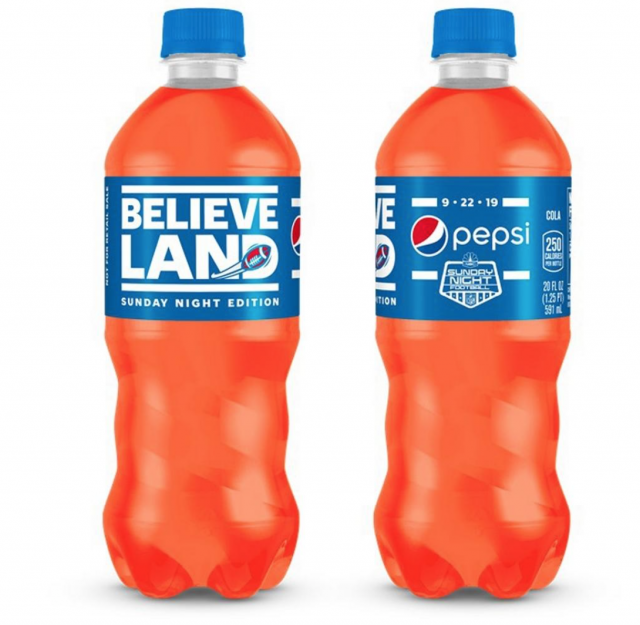 For 11 years, football fans have waited anxiously for the return of NBC Sunday Night Football (SNF), primetime’s #1 show for an unprecedented eight consecutive years, to Cleveland. On September 22, the wait will finally be over.  To celebrate Sunday Night Football, Pepsi, with the help of defensive end Myles Garrett, is introducing a limited edition “Believeland” Pepsi, a custom orange-colored cola.  Pepsi will only be producing 1,100 bottles of “Believeland” Pepsi (100 for every year Cleveland has had to wait for Sunday Night Football to return), and it will be available at the tailgate party, which will be free for all fans.

“There has been so much hype and energy building among fans across the country this year, and it’s amazing that Pepsi is doing something extra special with the launch of “Believeland” Pepsi and party on Sunday,” noted defensive end Myles Garrett.

On Sunday, Pepsi will be kicking off the celebrations early with a tailgate party takeover at Lindey’s Lake House Flats starting at 2p.m. ET.  All fans get in for free and the party will feature a performance by lovelytheband, the limited batch of “Believeland” Pepsi and fan trivia with prizes.

Throughout the remainder of the week, fans can join in on the celebrations by checking out Myles Garrett’s Twitter page and following @Pepsi #GoBelieveland.  Of the 1,100 “Believeland” Pepsi bottles produced, five will feature special golden labels with a prize for the recipients; fans should look out for more detail on Pepsi’s Twitter.