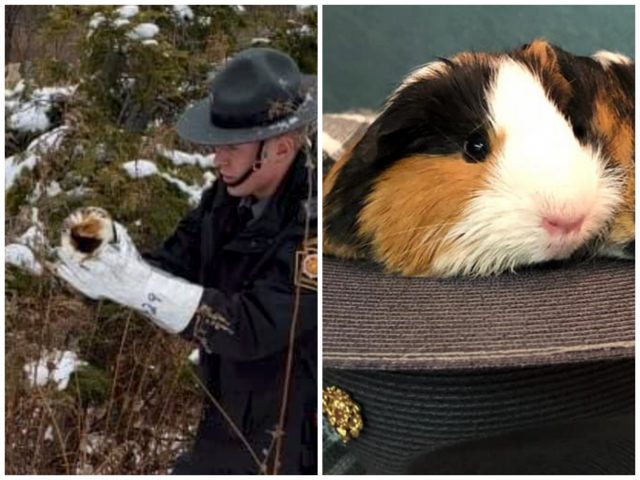 PENNSYLVANIA – A State Trooper in Pennsylvania went above and beyond according to the ANNA Shelter when the officer rescued three animals from a environment they were not prepared for.

According to a post by The ANNA Shelter around January 31st, 2020 a State Trooper was doing his normal job and during a traffic stop hear some unusual cries for help. He heard what the blog post calls odd squeaking sounds. After the stop the Trooper took time to look around and investigate the unusual. What he found in the snow was five abandoned guinea pigs in the snow. Sadly two of the piggies had succumbed to the cold but three that were cold but still alive were able to be saved.

The Trooper contacted the local rescue The ANNA Shelter where their rehab started.

According to the shelter the remaining three are doing well and set up in a nice warm case and fed well. Now these piggies are ready for a new responsible home.