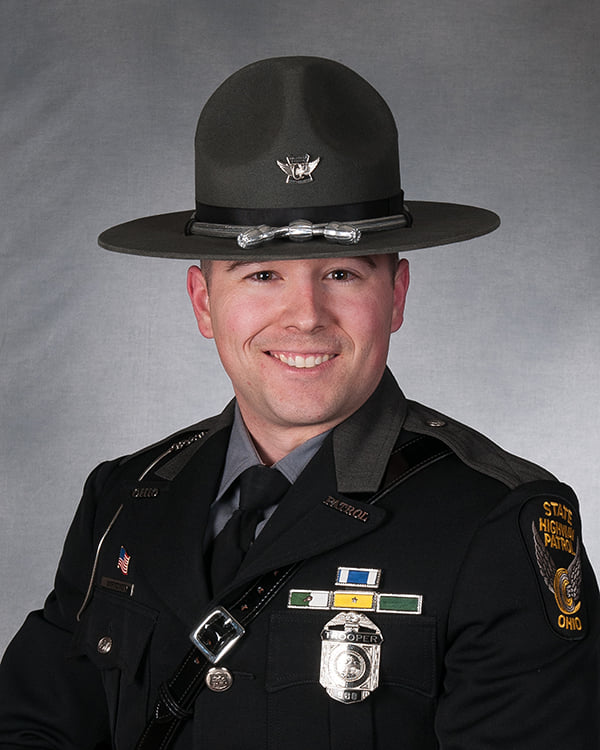 Columbus – On September 26, Trooper Timothy R. Markowski was promoted to the rank of sergeant by Colonel Richard S. Fambro, Patrol superintendent. Sergeant Markowski will transfer from his current assignment at the Jackson District Criminal Patrol Unit to serve as an assistant post commander at the Lancaster Post.

Sergeant Markowski began his Patrol career in November 2012 as a member of the 154th Academy Class. He earned his commission in April of the following year and was assigned to the Chillicothe Post. In 2019, he earned the Superintendent’s Award of Excellence. He was selected as Post Trooper of the Year twice. He earned the Ace Award for excellence in auto larceny enforcement three times. He earned the Criminal Patrol Award five times. As a trooper, he also served at the Athens Post.