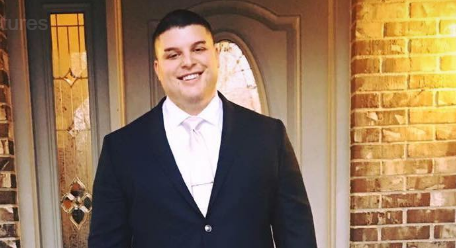 In recent years, there has been a new dilemma for Americans concerning the bounds of tolerable speech. It has become normal for groups or individuals to silence and censor speech that does not concur with their own. Americans are now faced with needed debate on the lengths that society is willing to go to hinder intolerable speech, for such little convenience.

If there were one right granted in the Bill of Rights that intertwined with all other rights, it would be the First Amendment’s freedom of speech. If speech can be targeted, then it may be used in a way to eliminate the inalienable rights granted thereafter in the Bill of Rights.

The need to censor or diminish speech is contradictory in itself. What you believe today may be not what is socially acceptable tomorrow. Therefore, at a point in time your speech may be censored and silenced. The true beauty in freedom of speech is the ability to have discourse about diverse viewpoints. It not only allows you, the individual, to grow intellectually, but it guarantees the ability for a free society and the advancement of social change through the scope of law. Speech is not action; there is a fine line between protected speech and unprotected speech that puts others at a direct risk, such as inducing panic or inciting riots. Speech is merely a reflection of thought, of belief, and contains value.

Many argue that having free speech gives opportunity to offend, anguish, or dismay individuals, but that is what ensures the broadest discussion possible. At the same time, the intention of speech is typically overlooked today due to previous bias or unwillingness to hear differed opinion.

The response to all speech or expression is dependent upon the individual. There cannot be true equality in speech or society if only one outlook can be expressed and the other is silenced. It is important that Americans understand that all speech should be viewed as equally important as their own and that it is vital to self-governance.

As Benjamin Franklin said, “Whoever would overthrow the liberty of a nation must begin by subduing the freeness of speech.”

The false proclamation that speech can easily be censored without repercussions is recklessness at its finest. You cannot rid the world of opposition. Americans must understand the power freedom of speech gives to ALL individuals. Social change in the direction of equality is a testament to the ability in favor of free speech. Imagine if in the fight for women’s rights in the 1920s or for the equal rights of blacks in the 1960s that their speech had been silenced, because the status quo was the judge of their speech’s validity.

Injustices are examples that the government’s and society’s popular opinion cannot be the foundation for what may be considered acceptable speech. It’s a testament that free speech for ALL is needed in order to contest inequality or oppression. In order for the insurance of a free society, there must be discourse amongst ideas, philosophies, ideologies, beliefs, law, and governance. A republic or democracy of the people, by the people cannot survive without the citizen’s ability to speak freely, no matter the content of what the speech may be. To silence the speech of those you find intolerable, is to be intolerable yourself. To fight oppressive views, you should not respond by advocating for oppression.