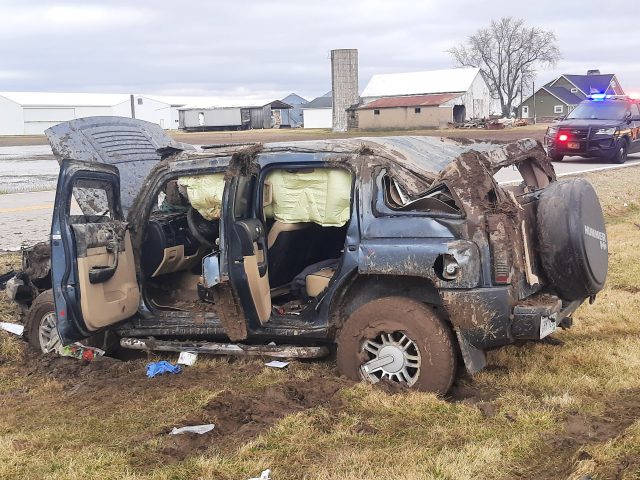 At approximately 4 PM this afternoon the sheriff’s office responded to an injury accident on SR 762 West of Matville Rd.

According to early reports, the driver was traveling East on 762 when the driver lost control of the 2006 Hummer H3 left the roadway, and rolled over at least once on the south side of 762.

The driver was injured and was transported to Mount Carmel Grove City. The roadway was shut down for a short period of time.

Scioto Township fire department, and Pickaway sheriff was on scene.