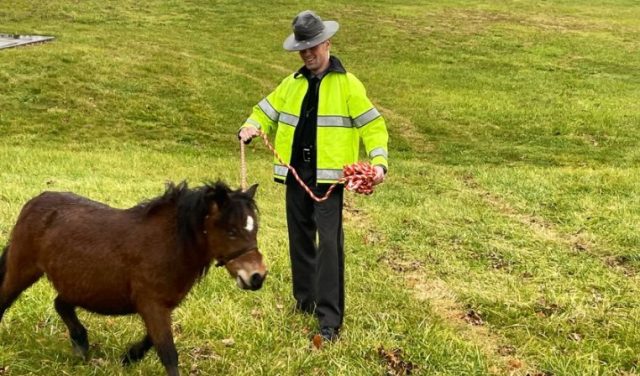 According to OSP Trooper Ratcliff of the Springfield Post was dispatched to a loose horse on Tuesday. After arriving on the scene the officer found the small horse and used a rescue rope he had in the cruiser to lasso the animal and bring him back to his owners.

According to a online post from OSP, “Catching horses was not covered at the OSHP Academy, but “adaptability” was!”