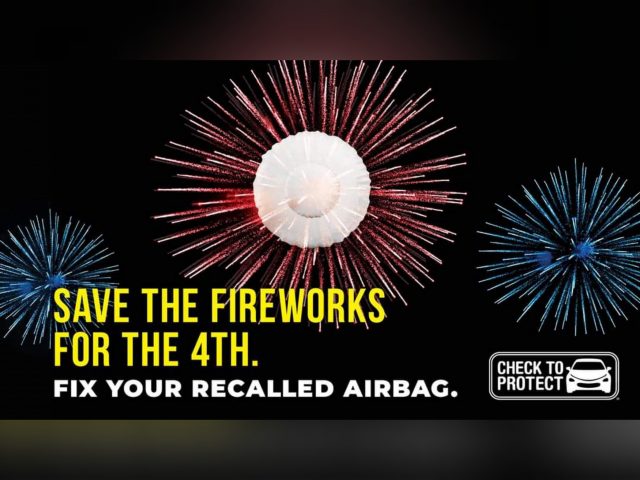 OHIO- The Ohio State Highway Patrol has issued a stark reminder to folks that own vehicles which still operate using faulty and recalled airbags.

“Heat and humidity can cause recalled airbags to explode on impact, putting your life and the lives of your passengers at risk. Check for recalls at CheckToProtect.org. #CheckToProtect #CheckForRecalls”

BMW has decided a subset of its recalled vehicles, approximately 8,000, are at high-risk and has recommended that owners do not drive the vehicle until it is repaired.

What you can do