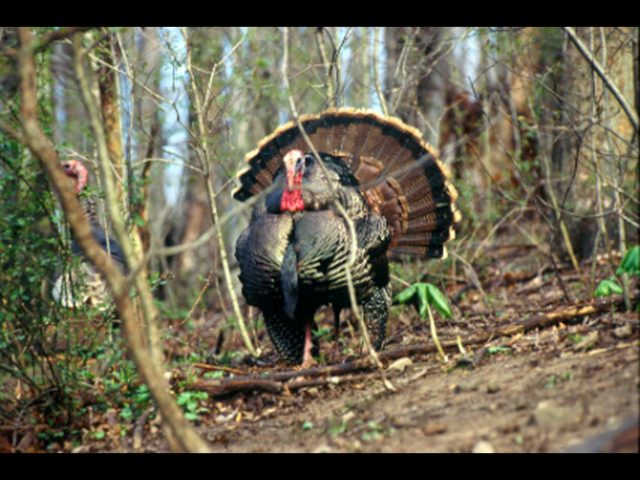 COLUMBUS, Ohio – Two special hunts at Pike State Forest and Blue Rock State Forest gave hunters with disabilities the chance to enjoy the outdoors while hunting for wild turkey in early April. The Ohio Department of Natural Resources (ODNR) Division of Forestry hosted these hunts in Pike and Muskingum counties.

“We are fortunate to be able to share these hunting opportunities with a great group of hunters and the many partners who make this weekend special for us all,” said Dave Lane, Assistant Chief of the Ohio Division of Forestry. “Just being outdoors enjoying the forest was rewarding, regardless of the number of turkeys taken.”

The Thunder in the Hills wild turkey hunt was held for the fourth year at Pike State Forest. Sixteen hunters participated, and three turkeys were harvested during the event.  The ODNR Division of Forestry hosted the event with cooperation from the Clinton County Chapter of the National Wild Turkey Federation (NWTF) and the ODNR Divisions of Wildlife, and Parks and Watercraft.  More than two dozen organizations assisted with donations and volunteers.

The 14th Wheelin’ Sportsmen hunt for wild turkey at Blue Rock State Forest was sponsored by the NWTF Wheelin’ Sportsmen program. The ODNR Divisions of Forestry and Wildlife worked with the Y-Bridge Longbeards and other chapters of the NWTF to coordinate the event with donations and volunteer efforts from many local individuals and businesses. Twenty-one hunters participated, and three turkeys were harvested.

Hunters at both events provided their own shotguns and ammunition, as well as the necessary licenses and permits. A guide was provided for each hunter. The participants were from various parts of Ohio, with several being disabled veterans. COVID safety plans were developed and followed throughout the hunts.